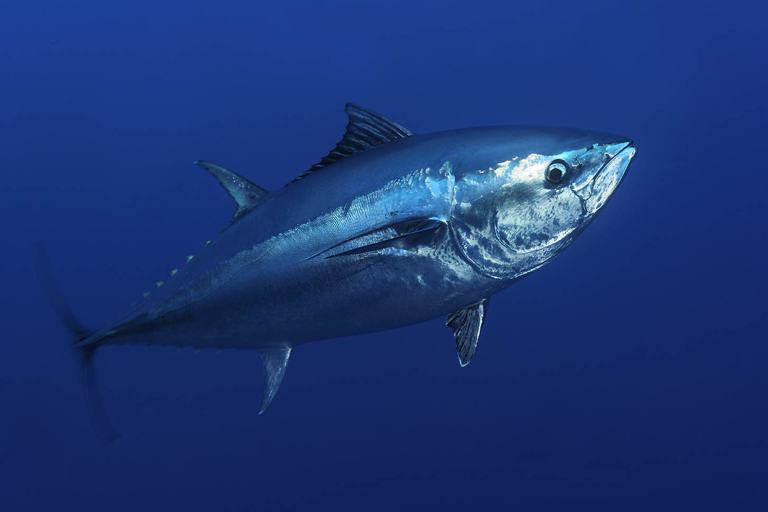 They are also heavily regulated and difficult to catch.

Which creates the perfect scenario for the National Geographic realty show, Wicked Tuna. Now in its third season a twist has been added—Wicked Tuna: North vs South. 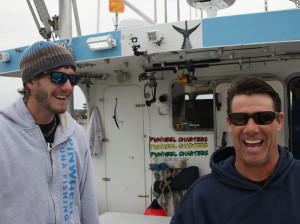 It was a whole new world to the Gloucester crews who, are used to going from dock to fishing grounds in an hour and from a protected harbor and well-marked channel.

“Oregon Inlet changes everything,” Co-Captain Paul Hebert of the Pin Wheel says. “Just getting in and out of it.”

The differences were more than just getting to the Gulf Stream where the Bluefin were running.

Greg Mayer captains Fishin’ Frenzy out of Wanchese and he’s been fishing these waters for over 20 years. “Down here,” he says. “It’s a completely different fisheries from what they do. They never trolled for fish. They come down here, they had to troll.”

Hebert agrees. “Here you’ve to to go look for the fish. You can’t just put your line in and wait.” 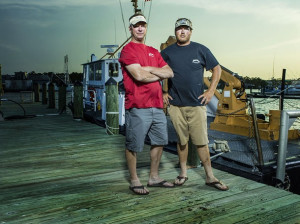 This past January brought some of the worst winter weather seen in years to the Outer Banks—but that didn’t stop the Bluefin. “It took a while for it to get started,” Mayer says. “But we caught some fish.”

A sentiment echoed by his competitor. “The fishing was incredible,” Hebert says.

The first episode of season three of Wicked Tuna: North vs South will air Sunday night at 10:00 p.m. on the National Geographic Channel. According to Hebert and Mayer there is a lot of effort that goes into it. “It’s competitive,” Mayer says. “There’s a lot of guys out there who want to be the best.”

There is also, though, a camaraderie among the competitors, though. “We’re all fishermen,” Mayer adds. “We’ll figure it out,” he says referring to the different skills needed in North Carolina waters. “But there’s a learning curve.”