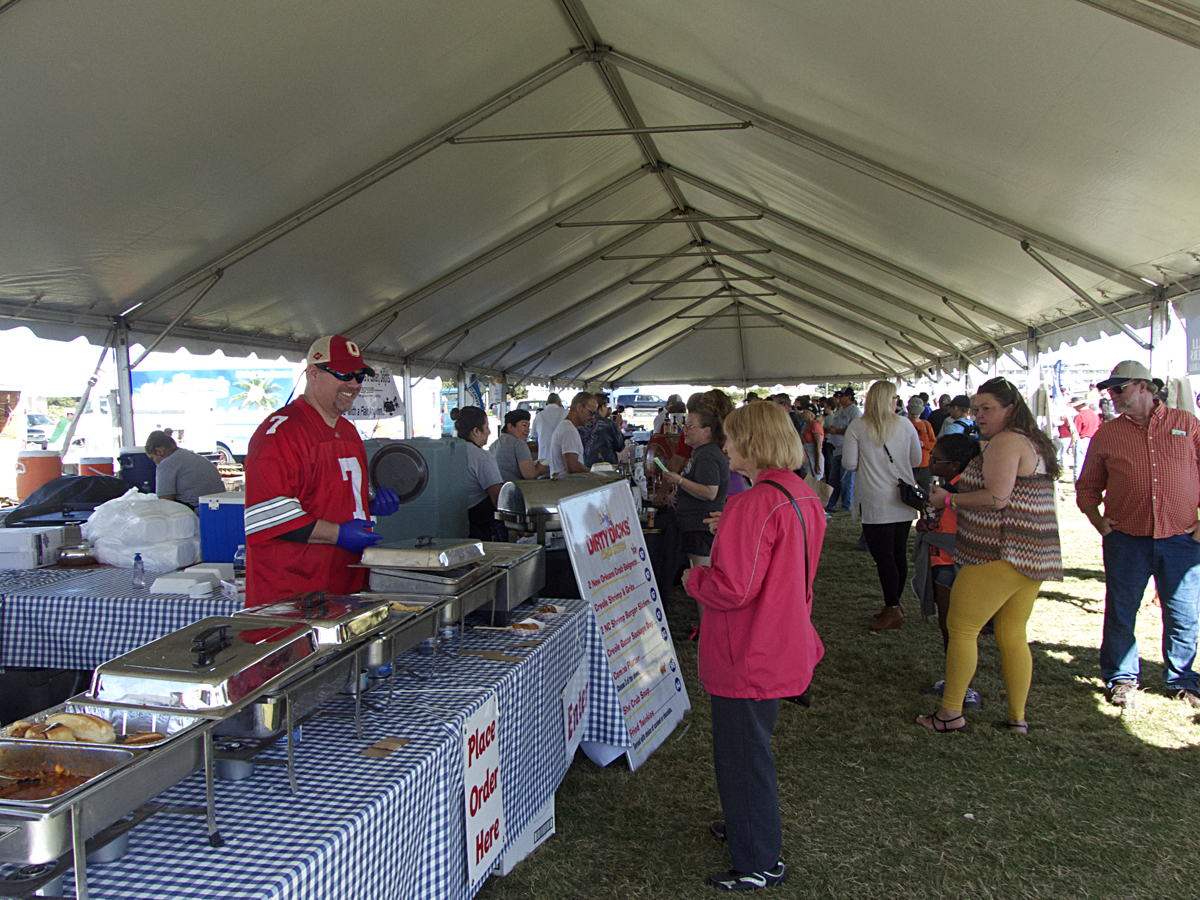 The Outer Banks needed that. We needed the Outer Banks Seafood Festival—the perfect weather that came with it, the fantastic music and great seafood from local restaurants.

We needed all of that; we needed something to separate us from Hurricane Matthew, to remind us that what we do best is celebrate the life and culture of the Outer Banks.

This was the fifth year for the Festival, all of them held at the Event Site in Nags Head, and it just keeps getting better and better. Visually there is no way to tell if more people or less people attended this year. The one thing that was obvious was that there were a lot of people on hand.

And a lot of them came from out of town. There are always a lot of visitors from Virginia, which is so important to the local economy in the offseason, but a quick—and somewhat unscientific—visual check of license plates showed visitors from Pennsylvania, Maryland and Ohio. There was also a map with a message reading “Tell us where you’re from.”

Most of the pins were within 200-300 miles of the Outer Banks, but there were a couple of pins in Washington state and west coast. Maybe they came just for the Seafood Festival, although it’s more likely they were at the right place at the right time.

As ever the food is center stage and it’s aways a tough call to say what was best. A couple of reasons for that—first, unless judging the event, there is no way to try everything. The other problem is that it’s all so good. 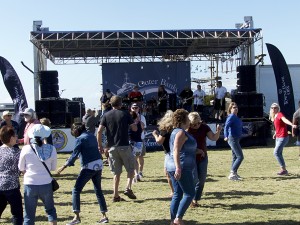 However, going out on a limb and noting that this is just one person’s opinion, the smoked rockfish chowder from Stripers was awfully good. Very rich, with lots of rockfish in it and corn and potatoes making it really filling.

The music is aways great and there were a lot of people dancing, especially when Old Enough to Know Better was playing.

The Seafood Festival has also turned into a great chance to see some remarkable artistry in the craft area. I won’t even try to say what was best—the range of what was on display was much to broad and the quality too good.

The destruction wreaked by Matthew was still on everyone’s mind though. Some visitors from Hampton Roads remarked on how many downed trees they saw and how much refuse was piled by the side of roads waiting for the towns to send out trucks to pick up the water-soaked furniture and drywall.

The Outer Banks Community Foundation had already put the word out that there was a fund dedicated to helping the Dare County residents in their time of need, mentioning to me that the OBCF makes sure every cent that goes into the fund is used for relief.
The OBCF even picks up the credit card charges instead of deducting them from the donation.