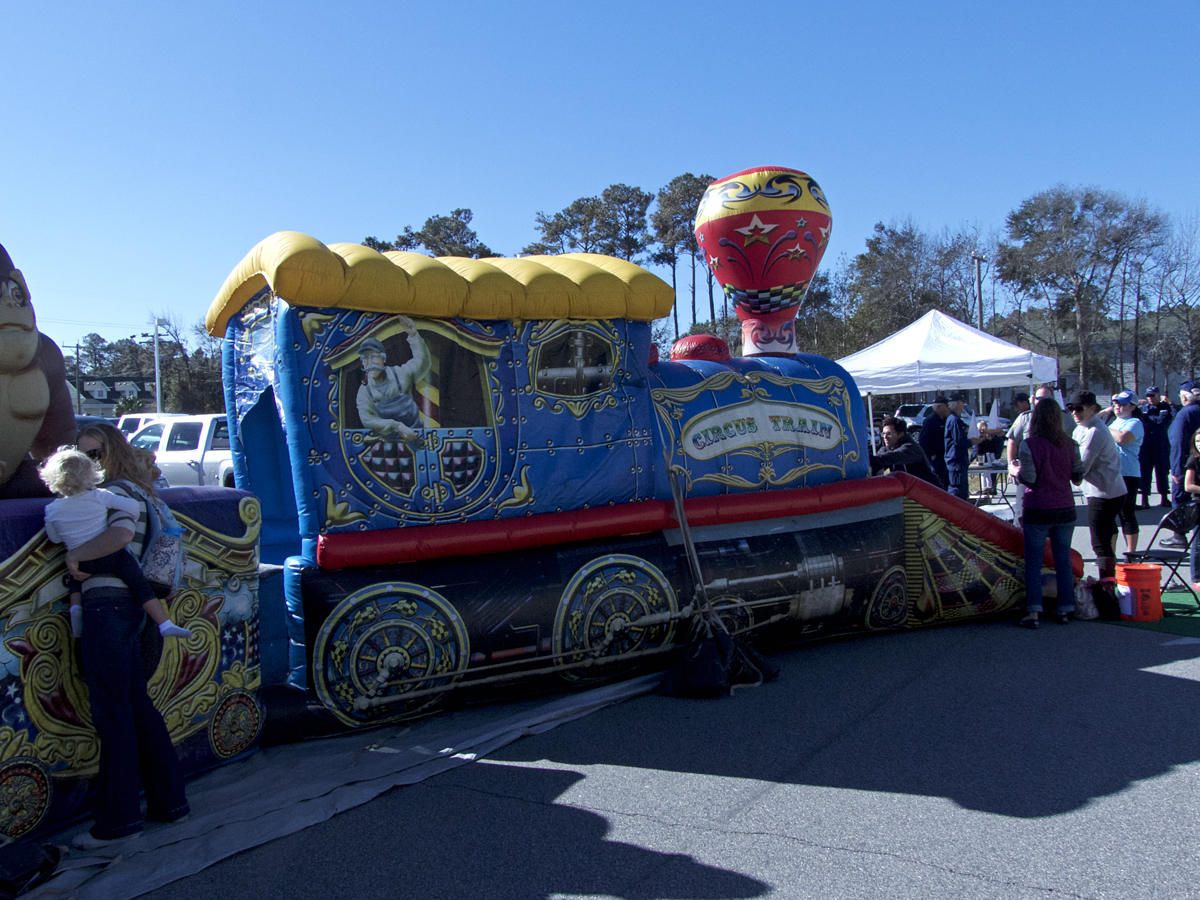 Inflatable train ride. One of the attractions at the Kitty Hawk Elementary School Fall Carnival.

The pride the Outer Banks takes in its schools is easy to take for granted, but that pride is one of the main reasons Dare County schools and students consistently perform so well.

All the elementary schools on the Outer Banks sponsor fall fairs and they are wonderful events. We had a chance to check out the Kitty Hawk Elementary School Fall Carnival, and it epitomizes so much that is special about the community support for local schools.

It’s hard to say just how many people were there, but the number were well over 1500, and probably much closer to 2000. Since there is somewhere around 450 students in the school, it’s clear there were more than just parents showing up.

The Kitty Hawk Fall Carnival is the dean of the Outer Banks school carnivals, the 2016 version is the 57th annual event. From the the very first Carnival until today, the community support has never wavered. According PTA Carnival Chair Ashley Contristan local businesses contributed over $20,000 to the event before it even began.

The Carnival is, of course, geared toward kids, and there was so much for kids to do that it may have been a little overwhelming—for the adults, not for the kids. 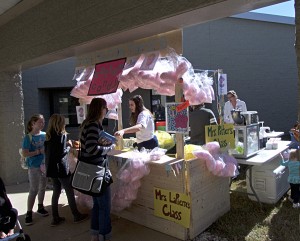 There has to be cotton candy and popcorn at a Carnival.

The Carnival is a fundraiser for the schools PTA and according to Contristan there were 28 booths this year, including four really cool inflatable rides. Designed for the littlest kids, the circus train in particular gets really high marks for creativity.

In addition to the rides there was also face painting and hair dying. The folks from Kitty Hawk Surf Company brought Stanley the Shark so kids and a few parents could try their hand at riding the shark.

School carnivals are the only fundraising event for the local PTAs and they are critical for carrying out their mission. The money the Kitty Hawk Elementary School PTA raises is poured right back into the school, and much of that goes directly to supporting teacher.

“Any sort of development or training that they (the teachers) want to have, we send them to a training program if they want to go,”Contristan said.

Knowing that teachers often dig into their own pockets to buy supplies for their classrooms, the PTA has tried to address that. “We give each teacher every year a certain amount of money to spend carte blanche,”Contristan said.

Those are just a few of the ways the PTA support the school according to Contristan.“The list is a mile long of all the programs we fund,” she said.

In a tribute to how much the Outer Banks community supports the local schools, she notes there is a predicament schools everywhere wish they had.

“We have a great problem here,” she said. “We have to figure where the money goes.”