OBX Marathon Weekend-Something for Everyone 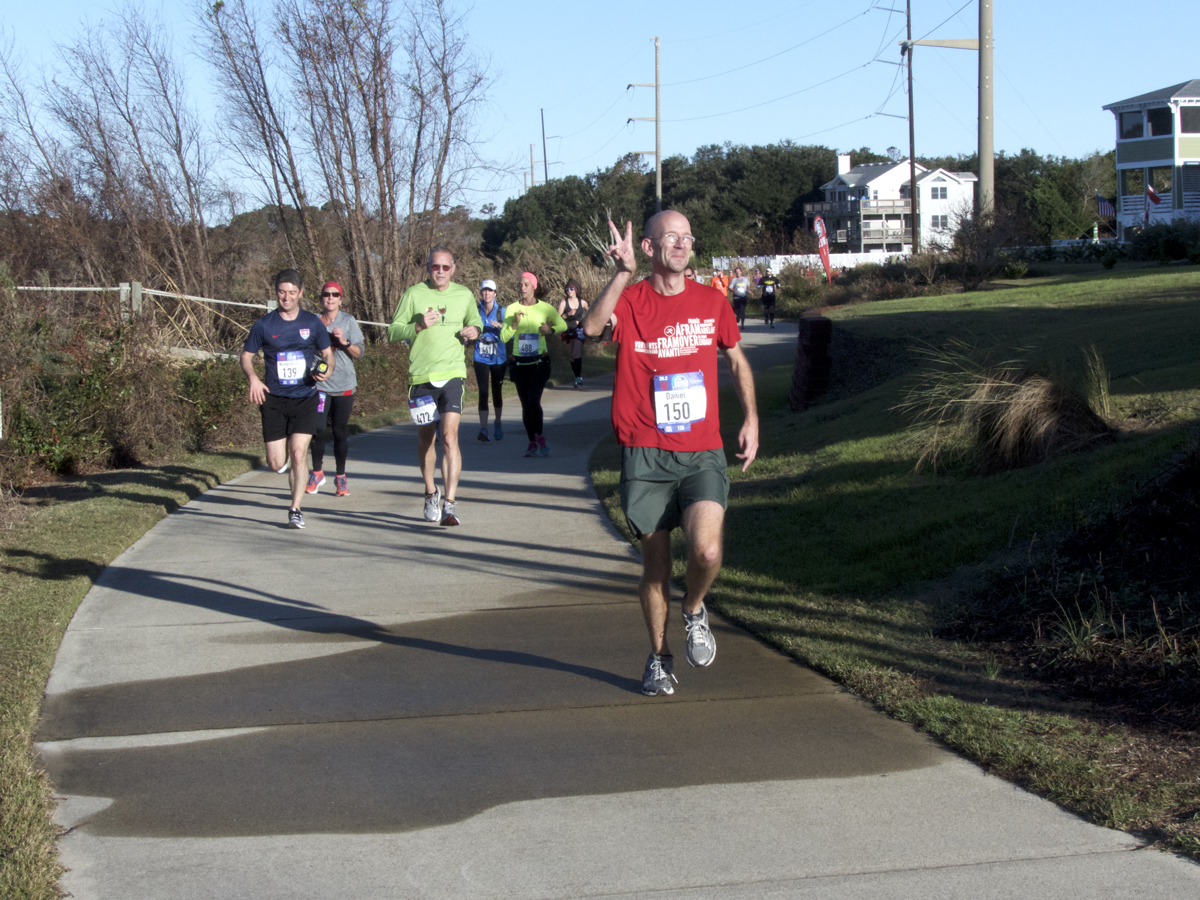 Along the multi-use path parallel to Kitty Hawk Bay. Thats Daniel Cartin from Middletown, RI waving to the camera.

New York may have its five boroughs marathon, but the Outer Banks has its four towns race. For the past ten years the Outer Banks Marathon has featured a course winding through the towns of Kitty Hawk, Kill Devil Hills and Manteo.

It is one of the most beautiful courses around and for the 2016 version there was an added bonus. “We had perfect weather this year. It couldn’t have been any better,” Peggy Stovall, Marketing Director for Outer Banks Sporting Events (OBSE) said. 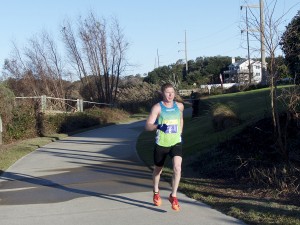 Blair Teal leading the pack with 22 miles to go. Teal was the winner leading almost all the way.

The course begins on the Woods Road in Kitty Hawk, shaded by the autumn colors of the leafy canopy of the maritime forest of Kitty Hawk Woods. The course takes runners parallel to Kitty Hawk Bay and onto the dirt roads of Nags Head Woods.

Runners leave the back area of the Outer Banks next to the Y in Nags Head, running along the Bypass until turning off for Manteo. By all accounts, the steep ascent of the the Wash Baum Bridge can be a spirit killer coming so close to the end of the route, but by that time there’s just a few miles left to the finish line in Manteo…where a party always awaits.

“In downtown Manteo we had Jonny Waters and Company playing, lots of food. It was just a festive environment,” Stovall said.
Nationwide marathon participation has been slipping, but the Outer Banks Marathon seems to be holding its own with over 830 participants this year, according to Stovall.

However, over the ten years since the first marathon, the event has grown and although the Outer Banks Marathon continues to be the signature race, Veterans Day Weekend, when the Marathon is held, has become a celebration of fitness and family.

“We had the Expo on Friday with lot of vendors there,” Stovall said. “Saturday was little cold and windy, but we had a great time with all the races.”

The races include a diaper dash, family fun, 5K and an 8K.

The Sunday races start with the Southern Fried Half Marathon at 7:00 a.m. beginning at Jockey’s Ridge State Park, with the Marathon starting twenty minutes later. There is also a six mile fun run that ends in Manteo so everyone has a chance to participate. 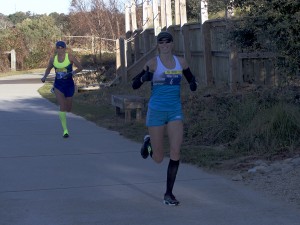 The winning times this year were fast although they were not quite course records. Blair Teal from Charlotte, North Carolina crossed the Marathon the finish line in Manteo at 2:22. For the women it was Svetlana Pretot from Morristown, New Jersey finishing at 2:53.

In the half marathon, Julius Kogo from Chapel Hill finished first with a time of 1:04; Hilary Too from Morristown, New Jersey placed second overall and first among women with a 1:06 finish.

Proceeds from the events the OBSE promotes benefit the Dare Education Foundation and the Outer Banks Relief Foundation.