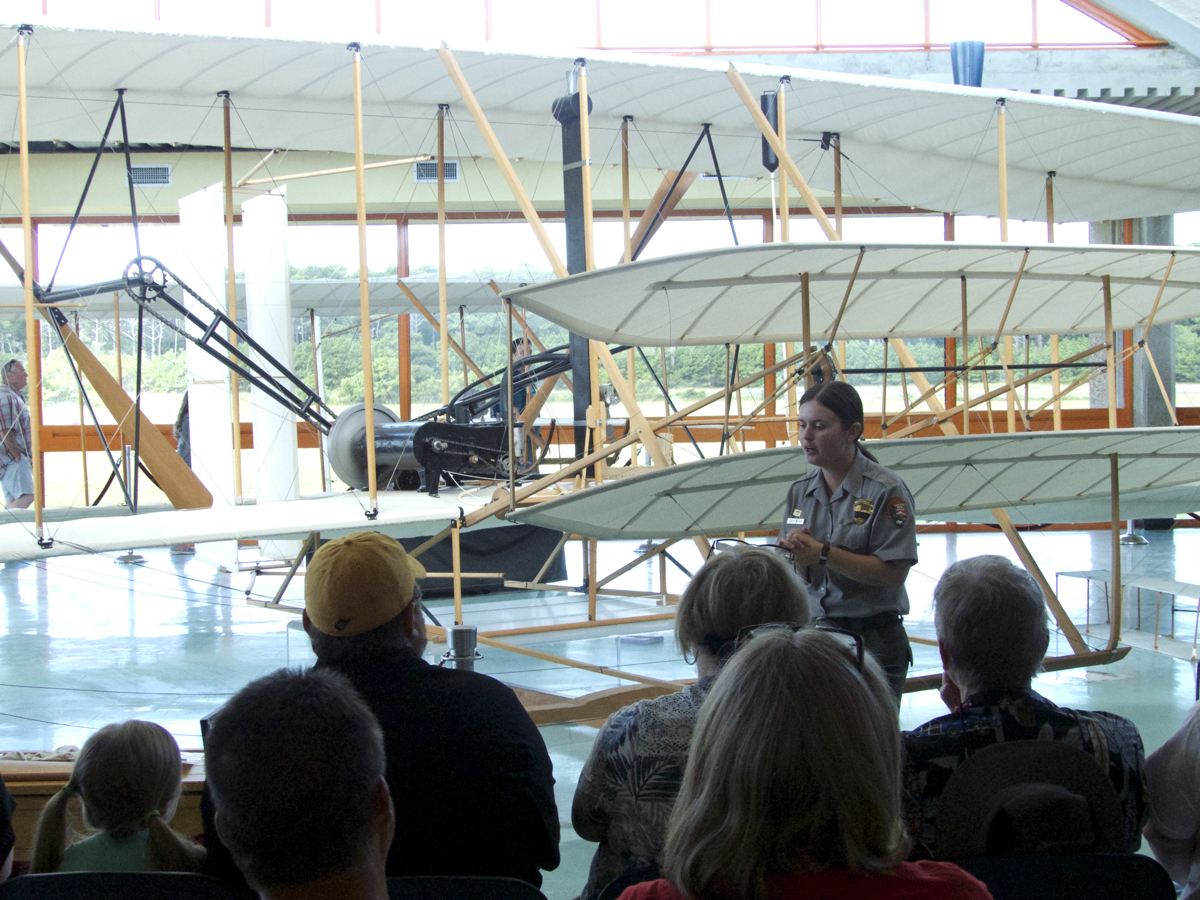 Chelsy Jackson telling the story of the National Park Service.

In the current climate of political squabbling and name calling maybe that doesn’t seem like such a big deal, a new item that is perhaps destined to be buried beneath an avalanche of he said, she said political drama.

It deserves better than that though; in this time when there is so much finger pointing about all that is wrong, the National Parks are this one thing that we have gotten right. Not perfect, perhaps, but very right.

A short presentation was given today at the Wright Brothers Memorial by Ranger Chelsy Jackson.

Chelsy—who is maybe 5’2” has enough energy to light a football stadium, and her presentation about the history and mission of the Park Service was a vivid reminder that over the past 100 years a lot has gone right and that there is a lot of reason to be optimistic about the next 100 years.

Her presentation, that was held in front of the replica of the Wright Flyer in the Wright Brothers Memorial rotunda, focussed on the mission of the Park Service and what it means to the American People.

“Everything we protect and serve, we protect for who?” she queried. Asking a young girl in the front row to stand, she said, “For your future generations.”

The talk did require some interaction for the audience—with constant inquiries and awards for correct answers. I won a Wright Brothers Jr. Ranger badge because I knew what the first National Park was (answer at bottom so you the reader can take a stab at getting it.)

We learned that when all the national parks, national monuments, recreational areas and other places the Park Service administers there are 414 sites in the NPS inventory. The largest, Wrangell–St. Elias in Alaska, covers over eight million acres—larger than nine states. The smallest is the Thaddeus Kosciuszko National Memorial in Philadelphia which is .02 acres.

What made the presentation so interesting, beyond the facts and figures, was the enthusiasm Chelsy brought to what she was saying.

After the presentation she mentioned that she’s been working for the Park Service for six years and has been at the Wright Brothers Memorial for six months and is due to be rotated out to another location. That will be someone’s gain and the Outer Banks loss, but that enthusiasm and love for what she is doing seems to be at the heart of why the there is real hope for the future. 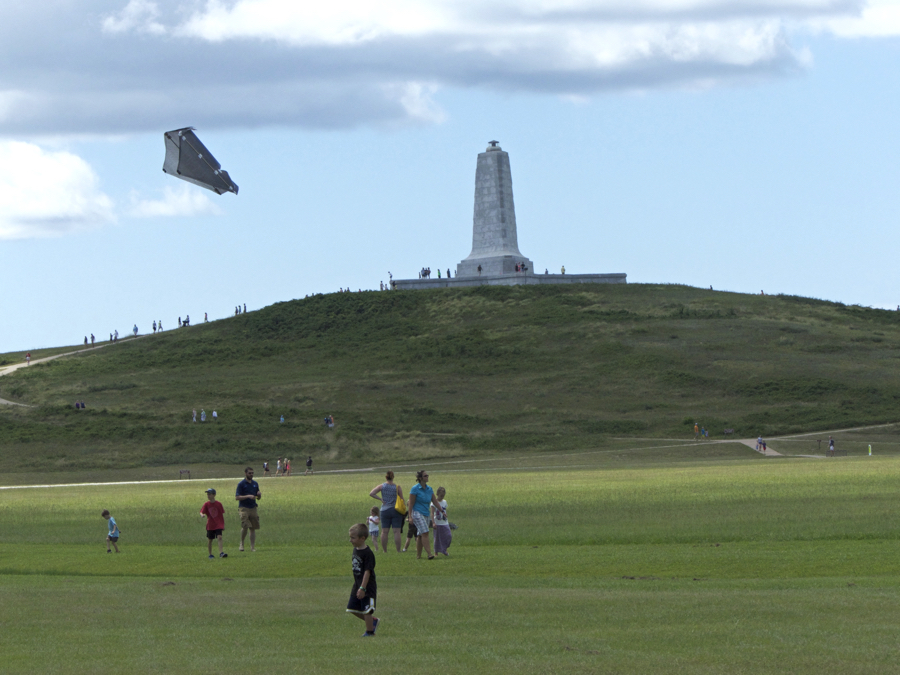