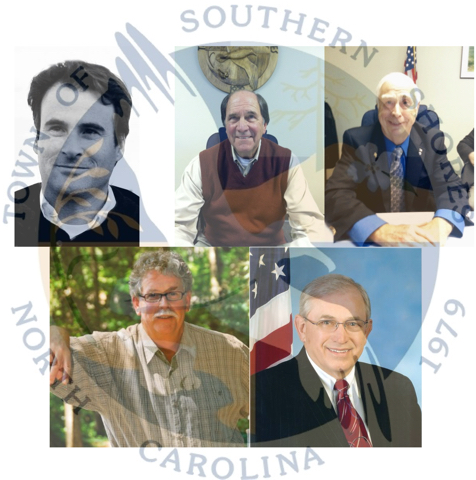 After two years of contentious and sometimes combative town council meetings, the voters of Southern Shores have spoken, rejecting the reelection bids of the three incumbents on the ballot.
Replacing Larry Lawhon, David Sanders and Vice Chair Jodi Hess on the council will be Gary McDonald, Fred Newberry and Christopher Nason. No other local election was comparable in changing the political landscape.

Two issues in particular seemed have sparked the ire of town residents. In February of 2014 the council unanimously passed a quick take eminent domain resolution that would allow the town access to the beach through private property if beach nourishment was needed. The February 4 meeting was marked by fierce opposition from property owners who spoke for more than an hour against the proposal.

“I think there were just some misunderstandings,” Mayor Tom Bennett said. “We weren’t going to take anything. If you didn’t want us to place it (sand), we were going to place it through eminent domain.”

Six months later, despite vocal opposition and a vigorous media campaign questioning the need for road improvements on Fairway Drive and at the intersection of East and North Dogwood, the Town Council approved the project—again unanimously.

“We’ve had some issues over the past year-and-a-half or two years where people thought that we weren’t listening to them or not responsive to them. And in some cases we may not have been as responsive to them as we should have been,” Bennett said. “I think the biggest problem we had was communication.”

Incoming councilman Gary MacDonald agrees. “People did not think they were being heard,” he said.

McDonald points out that some of the issues may not have been as divisive if the situation had been handled differently. Noting that the focus of the street discourse was the loss of trees, he wondered if that was truly the issue. “Everything that was talked about was about the trees. But I think it’s more about how it was handled,” he said. “The infrastructure is going to have to be maintained.”

To Chris Nason who will also be seated for the first time in December, the discord between residents and council seemed to threaten the fabric of life in Southern Shores. “I could see the town fracturing apart,” he said.

“I think the town’s pretty split,” said Nason. “I would like to figure out a way to bridge that.”
The belief that there is a need for a more conciliatory voice from the council was also addressed by McDonald. “Just because we disagree on something doesn’t mean we can’t get along,” he said.

Bennett, who is also hoping to calm the divide, understands that the electorate wants change. “They sent a message,” said Bennett about the election.

Governing, though, is not the same as campaigning, Bennett said. “In a political setting like this you do the best you can, to do what’s best for your town in your mind and in your heart. But you can’t get everybody to agree with you.”