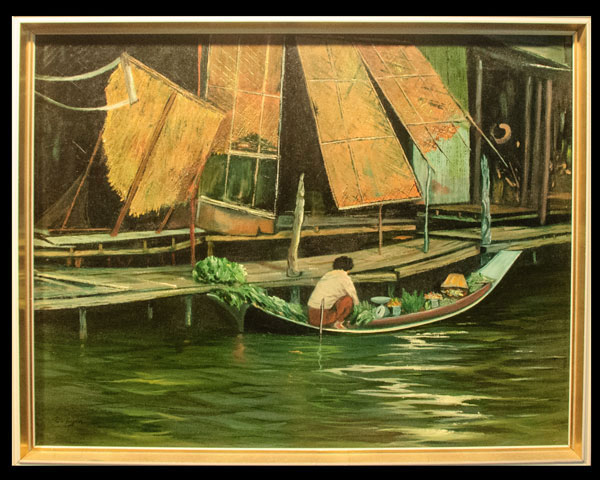 The art of Don Bryan.

The winter weather has finally broken here on the Outer Banks with mild temperatures and blue skies. The cold weather is not completely out of here—we’re scheduled for one more attempt at cold temps next week, but things are definitely improving.

As winter moves on, the local event scene begins to pick up and this weekend has two great shows anyone who loves music will want to see.

Friday is the 10th Annual Freedmen’s Colony Blues Jam on Friday at 6:30 at the College of the Albemarle auditorium in Manteo. Headliners this year include Low Counts featuring Matt Walsh along with local performers Jonny Waters & Co. and Old Enough To Know Better. The First Flight High School Blues Band will also be performing. 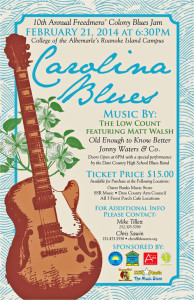 Saturday night the John Brown Trio takes the stage at the First Flight High School auditorium. Sponsored by the Outer Banks Forum for the Lively Arts, this promises to be an evening of exceptional jazz.

Don Bryan led a remarkable life, rising through the ranks to retire as a Colonel in the Air Force after 30 years; he was mayor of Nags Head throughout the 1980s to 1991. And he was an extraordinarily talented artist. Through the foundation he founded with his wife, the Don and Catherine Bryan Cultural Series, a retrospective of his work will be held at Glenn Eure’s Ghost Fleet Gallery in Nags Head February 27 through March 8. A reception for the public will be held Sunday, March 2 from 2:00-5:00 p.m.

Also next weekend on Saturday, March 1, Children at Play Museum is holding their 3rd Annual Mardi Gras Gala at Jennette’s Pier. Great food from Baja Grill, Mardi Gras music and a magician. Should be a lot of fun and it for a really good cause.

Also on Saturday evening Elizabethan Gardens’ rescheduled Diamonds and Denims will be held at 108 Budleigh in Manteo. It’s all about dressing down and dressing up with sparkle. With food from Orgega’z and Buster Nunemaker on the MC table, it should be an evening of fun and entertainment.

All of that is just a tease for what is coming up in March—Taste of the Beach the 13th through the 16th, and it’s all capped off by Mike Kelly’s St. Patrick’s Day parade on Sunday. For anyone who has seen the madness, this is a must see event; for those who haven’t seen it—check it out, it’s fun of the best kind.