Lowe’s Barrier at 1st Street to Be Improved 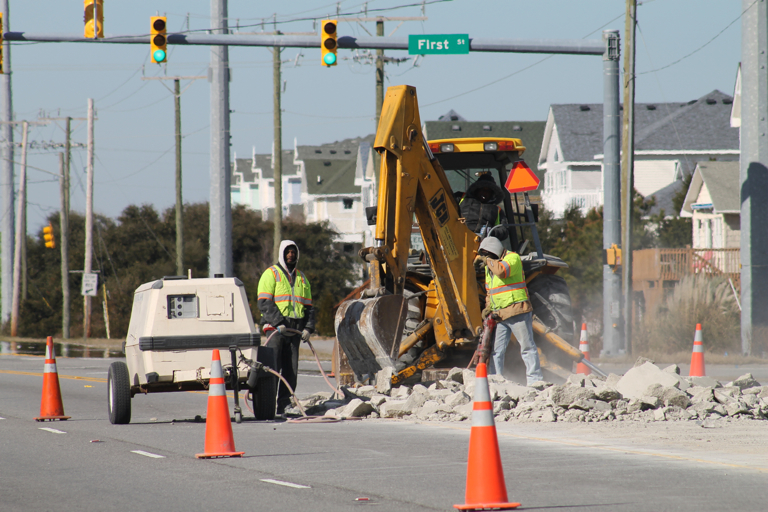 Sometimes the standards of engineering and design work . . . other times they don’t. That seems to be the case with the median barrier being removed from the Bypass in front of the Kill Devil Hills Lowe’s.

A left hand turn into the Lowe’s parking lot from the northbound lanes of the bypass is clearly dangerous and the median barrier that was constructed to prevent that seemed a reasonable engineering solution to prevent that. The concrete barrier that filled in the turn lane met NCDOT standards of design, but failed the practical application test.

Placed within four or perhaps five car lengths of the light at 1st Street, drivers making a left had turn did not have enough time to either decelerate or get into the turn lane, and during times of heavier traffic, cars backed up into the moving lanes of the Bypass.

“The median prevents people from making a left hand turn into Lowe’s,” Jim Hoadley of NCDOT explains. “It’s my understanding though, that for folks to get into the turn lane for 1st Street, there’s not enough room.”

Although a median barrier will remain at the intersection, the new barrier will be redesigned to allow traffic to use the turn lane. “We’re putting back a much narrower barrier,” Hoadley says. “The new barrier will be 1’ or 2’ wide and will still give traffic room to stack there. It should really help at the peak time in the summer when traffic is really stacked.”

According to Hoadley, changing the barrier is in response to Kill Devil Hills complaints about the its design. “It was something folks from the town were complaining about,” he says.

The last of the old barrier was removed today. Cones will remain in place until a new barrier can be built, probably some time next week. Weather conditions are too cold to pour concrete this week.