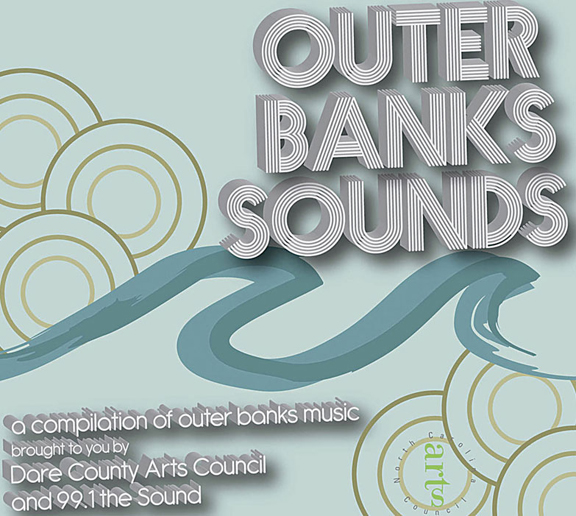 One of the most active supporters of local music in the winter months is a relative newcomer. Trio opened in August 2011 as a mecca for foodies—part bistro, part wine bar, part gourmet shop. But even in the early planning for the venue, co-owner John Minnich explains that music was a central strand of Trio’s DNA. “We wanted Trio to feel comfortable, like you are home, and music is a big part of that” says Minnich. “So far, it seems like it is working well for both the musicians and the audience. Artists really want to play here because it’s fun.  I love that.” Most nights, Trio features acoustic and semi-electric singers, songwriters and small ensembles.

If it’s Monday, go to Art’s Place to see jazz guitarist Joe Mapp and his rotating collection of musical guests. Even on the coldest nights, Monday’s at Art’s Place is the hottest spot on the beach. Intimate is an understatement, according to owner Tammy Nichols. “We may have the smallest venue on the beach, but it’s also the coolest,” Nichols testifies. “Joe is like a magnet for great artists, you never know who will be sitting in with him each week.” Art’s Place will expand their music offering this summer with an outdoor stage behind the restaurant.

For bigger sounds that ring into the wee hours, you can always count on Ocean Boulevard. Their commitment to the local music scene has set a high standard: every Friday night regardless of the season, you can see a great show at OB. “We’ve been supporting bands down here for the last eight years,” bartender Leslie Young proudly says. Of her favorite performances, Young lists an impromptu appearance by local celeb Tim Reynolds and a pre-Halloween show by indie rockers The Hound Dog Family Band. “When the Hound Dogs play, it’s usually a throw down.”

This season’s must-see performance, however, is still on the horizon. On May 17th, dozens of our best songwriters, singers and bands will gather at Kelly’s Restaurant and Tavern for the record release party of Outer Banks Sounds, a CD compilation of local songwriters sponsored by WVOD and the Dare County Arts Council. For those of us who have been thoroughly entertained by the deep reservoir of musical talent on the Outer Banks this winter, the Kelly’s songwriter showcase will be a fitting way to say thanks.