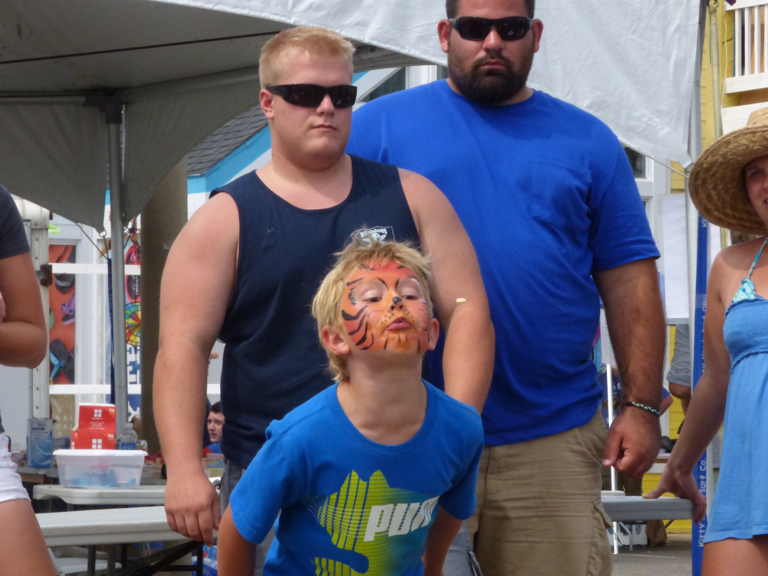 What would a watermelon festival be without a watermelon seed spitting contest? Notice the face painting. This one was good—I saw at least one other that was even more intricate.

A mid August celebration of summer, its fun, its wacky and a great day for kids. From an adult perspective, if the Kitty Hawk Kites Watermelon Festival doesn’t bring a smile after ten minutes, there’s probably a problem somewhere.

There doesn’t seem to be a theme to it, except there are a lot of watermelons, activities for kids and a wonderful refusal to take itself too seriously.

I got there in the afternoon and took some pictures. Hopefully the images will give a sense of what the Kitty Hawk Kites Watermelon Festival is all about. 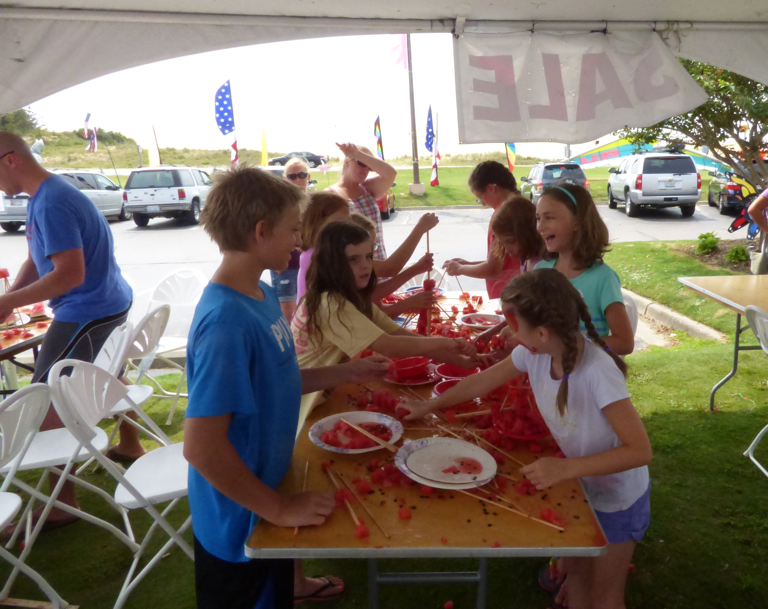 Watermelon construction project? I’m not sure if that’s what this is called, but it sure fascinating watching kids try their hand at construction using watermelon cubes and sticks. 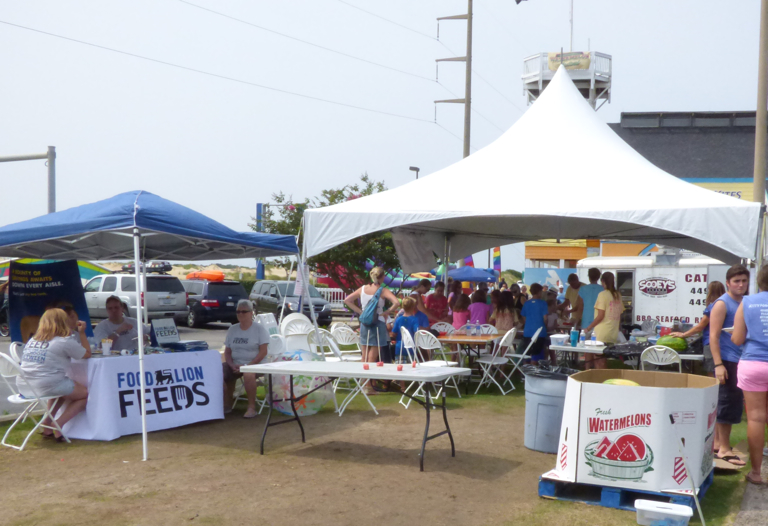 Food Lion had a table at the Festival to talk about their Food Lion Feeds program. According to South Nags Head Store Manager Rick Chance, through the sale of their “Food Lion Feeds” shopping bags, Outer Banks Food Lions have provided over 12,000 meals this year.