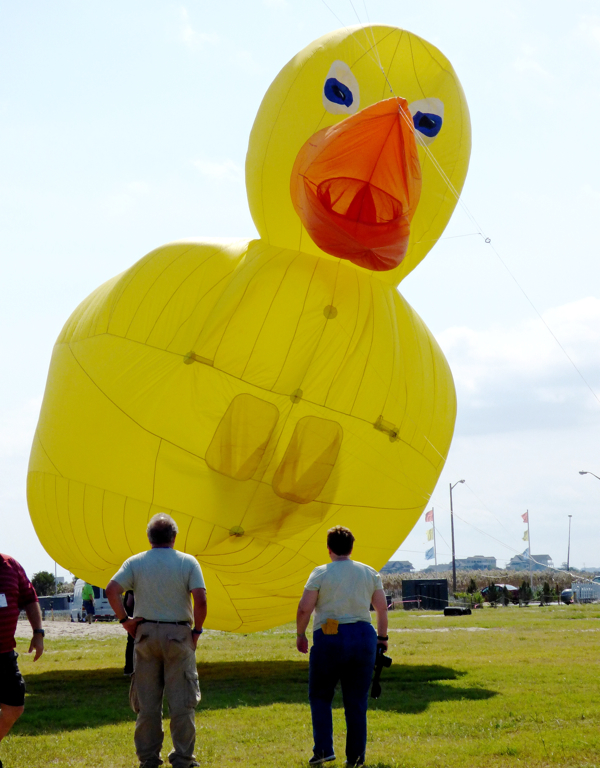 Giant duck kite at the AKA convention held at the Visitor’s Bureau Event Site in Nags Head.

It would be hard to imagine a better way to tell the world about the Outer Banks than the 37th Annual American Kitefliers Association (AKA) happening this week in at the Visitor’s Bureau Convention site in Nags Head.

With visitors from at least five nations and kite fliers from all over the United States, the beautiful weather and ideal winds of the past week have the visitors happy to be here and thinking about coming back.

There have been competitions all week. Over the first weekend, stunt kites were flying, but the week has also seen competitions featuring fighter kites, self-created kites and kites that decorate the sky. 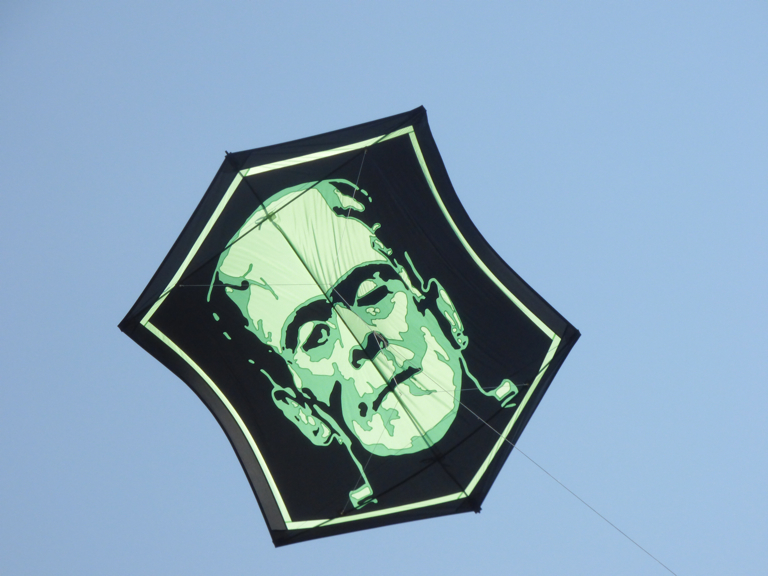 But the real reason everyone comes is for the chance to renew friendships and make new acquaintances.

Kevin Shannon from Carlyle, Pennslvania was flying his Japanese fighter kite, Frankenstein—which he made himself—when we had a chance to talk to him. He has been coming to the conventions for a number of years and has gotten to know quite a few of the people.

“We know people from all over the world,” he said. “When we come to one of these, it’s like a big party.”

The array and types of kites that are flying are absolutely astonishing.

What draws many people to the Convention grounds is the amazing display of huge decorative kites; and huge is an understatement. These are kites that tower over a people, stretching sometimes 40’ or 50’ across the sky.

But some of the most interesting kites are the unexpected finds.

Quad line kites—meaning there are four control lines—have an amazing ability to dance across the sky, performing tricks that are gravity-defying. Usually using very advanced materials they tend to be quite expensive. Not so Art St. Pierre’s garbage bag quad line. 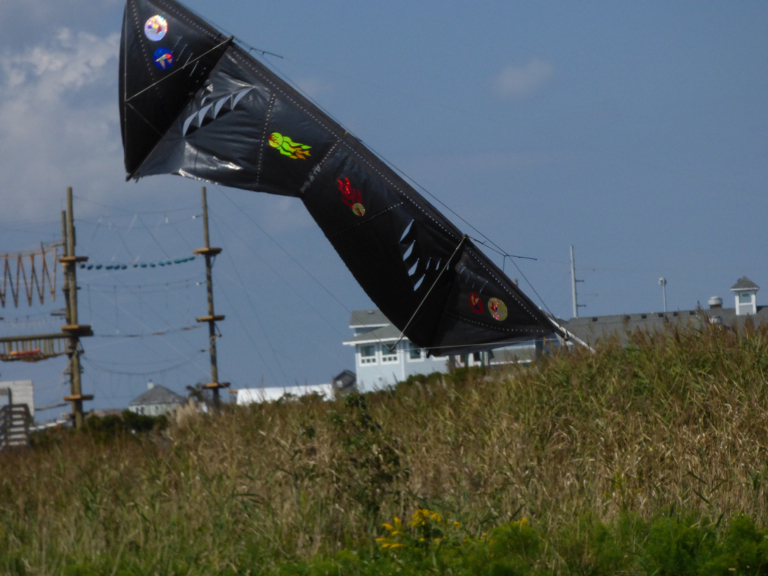 From far away the kite looks like any other quad line and the acrobatics Art was putting it through proved it was as good as anything out there. Up close, though, there was no doubt the kite was made of garbage bags stretched across a frame.

“If I had known how to do this when I first started flying them, I would have saved a fortune,” the New Bedford, Massachusetts native said.

At times there were so many kites flying, that it was difficult to find a window to launch his kite, flying on fairly short lines Art was usually able to get his kite into the air.

As we finished talking to him, he looked around and smiled at all the kites painting the sky, flicked his wrist to put his garbage bag into the sky, and echoed a thought heard everywhere on the grounds. “Anytime I can put a kite in my hands, it’s a good time,” he said.

The KTA convention will run through Saturday, October 4.