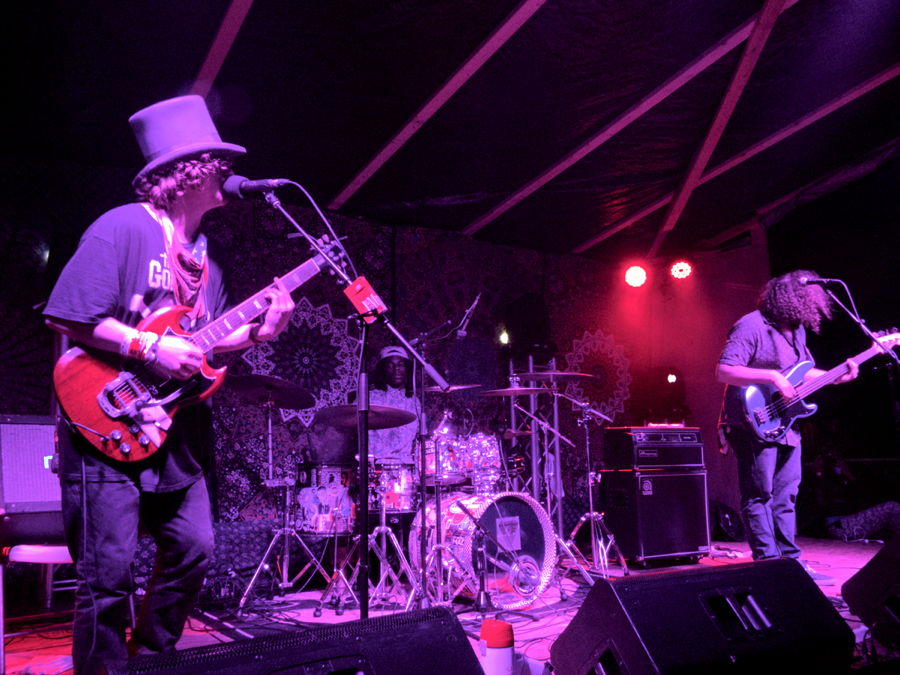 Mike Diana’s Mustang Music Festivals are amazing. Whether its the Spring Jam held this past Sunday or his October Music Festivals, Mike manages to put together some of the most eclectic and engaging sounds coming out of the rock and roll universe.

He first introduced us to People’s Blues of Richmond at last year’s Mustang Music Festival. They grabbed my attention and wouldn’t let go then and they have only gotten better since.

The sound is a hard driving blend of blues, rock and psychedelia performed by three gifted and talented musicians: Tim Beavers on guitar and vocals, Matt Volkes on bass and drummer Neko Williams put their rock ’n’ roll car into gear, jam the accelerator to the floor and never let up. What really sets them apart is that for all that their beat is fast, almost frenetic and the sound is a wall of music, every note, every stroke of the drum is exactly where it’s supposed to be.

The future is impossible to predict, but if ever there was a group ready to go to the next level, People’s Blues of Richmond is it.

Musically, there is no doubt that People’s Blues of Richmond was the highlight. 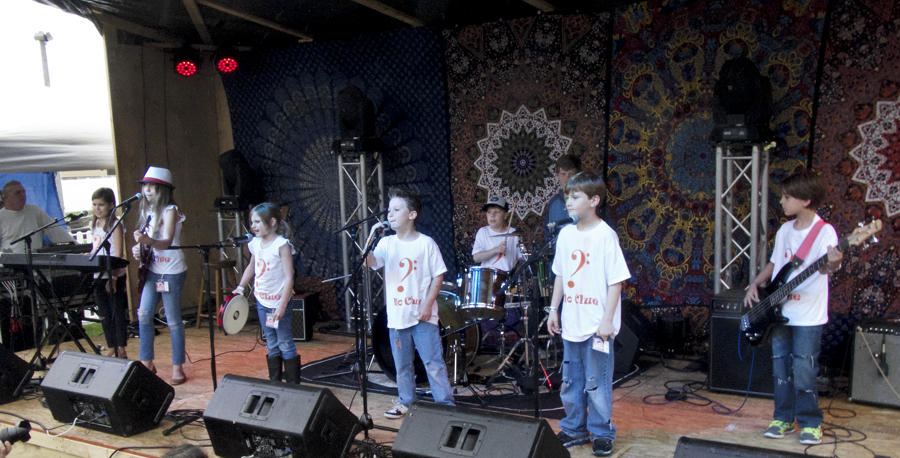 But for sheer enjoyment and the joy of music, nothing seems to top the kids of Ruth Wyand’s Mustang Music Project.

The youngest kids, performing as No Clue, get up on stage and do an amazing job with classics like the Rolling Stones’ Satisfaction. The confidence and glee they exhibit in performance is wonderful to see.

The older kids, though, who have been working with Ruth for a couple of years are getting so good that they are truly approaching professional status, and in some cases are there.

I’m sure I’m going to leave a couple of kids out in talking about what happened, and that’s unfortunate because every performance was worth noting.

There were three iterations of the kids—Last Days of May, Side Project and High Maintenance—depending on which kids were on stage at what time. 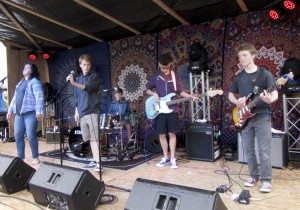 The vocals were outstanding. Kamea Blake has a full, rich trained voice that sings in the alto to soprano range; Joe Sawin, who sometimes plays keyboards, and Gracie Deichler sing with an attitude that would put a lot of rock performers to shame. Gracie’s rendition of Janis Joplin’s Piece of My Heart was a showstopper.

She was able to pull that song off because the band behind her has gotten that good. Sam Wills on lead guitar plays way beyond his age; Jacob Mandis is always right there on base and Sam’s younger brother Jonah shares time with Noah Morgan on drums and both are excellent.

I don’t want to leave the other groups out, because the day was filled with exceptional music—even if the weather didn’t really cooperate.

Buddha Council with their heavily reggae influenced sound got things going after the kids wrapped up. There were some nice little twists to their sound, including a couple of decidedly psychedelic inspired guitar leads.

Major and the Monbocks could have been the headliner. With keyboards, guitars, bass, drum, percussion, sax and trombone, they created a wall of sound that wraps itself around the crowd.

It was all part of a great day of music—and the best part is that proceeds go to a couple of great causes . . . the Corolla Wild Horse Fund and the Mustang Outreach Program.