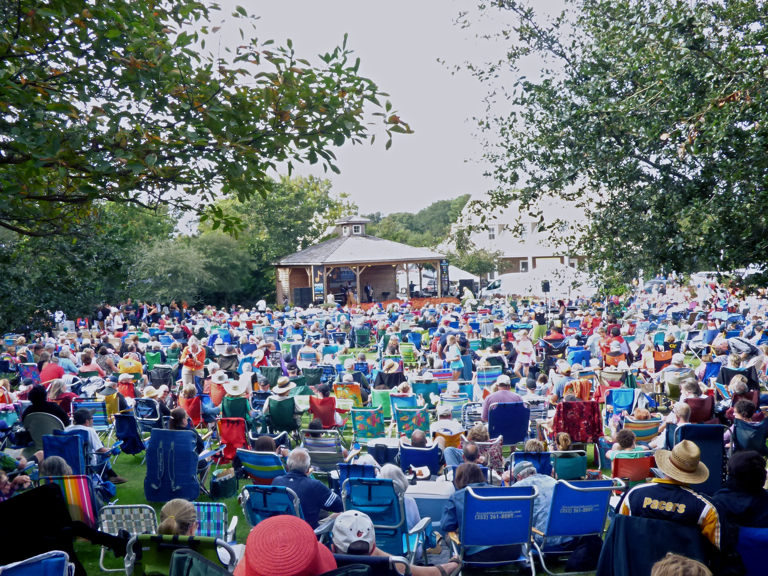 The 8th Annual Duck Jazz Festival may have been the best attended yet.

Columbus Day Weekend, the Outer Banks, 2014 . . . a weekend that will enter the history books as spectacular.

With a new venue to call home at the Whalehead Club and room to spread out and grow, the Mustang Music Festival really seemed to be climbing to its potential.

Spectacular weather and a great lineup brought the crowds out to the 8th Annual Duck Jazz Festival. 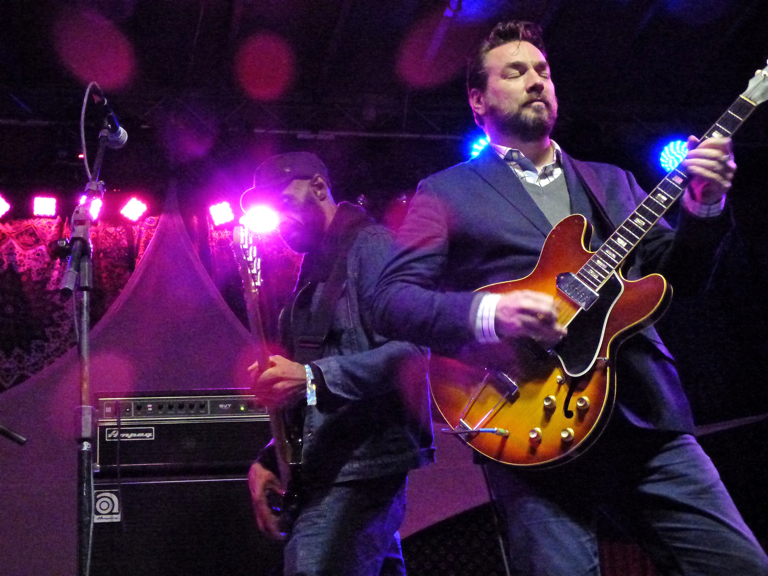 The New Mastersounds at the Mustang Music Festival.

The setting at the Whalehead Club was spectacular; the sunset on Friday was awe-inspiring; more vendors than ever and lots of room for festival goers to wander around.

But the star of this show has always been the musicians, and the 2014 version was no exception.

TR3 might have put together the tightest, best set I have seen them do. Impeccable timing on the arrangements, Tim Reynolds guitar work was as complex and compelling as it has ever been and overall they may have been the highlight of the show.

Then there was JJ Grey & Mofro—really polished, very professional with a full rich  sound combining saxophone and and trumpet with keyboard, guitar, bass and drum. Fantastic vocals from JJ Grey, wonderful arrangements that had a touch of big band played over a classic rock sound and a little bit of country thrown in.

If it wasn’t for the front that came roaring through about 3:00 in the afternoon Saturday would have made it two amazing days in a row for the Festival. New Madrid had to cut things short (they did get  to perform later at Sundogs), but the rain and wind did stop after about an hour and the music got back on stage.

Every year at the festival something or someone unexpectedly catches my attention and it happened once again this year. 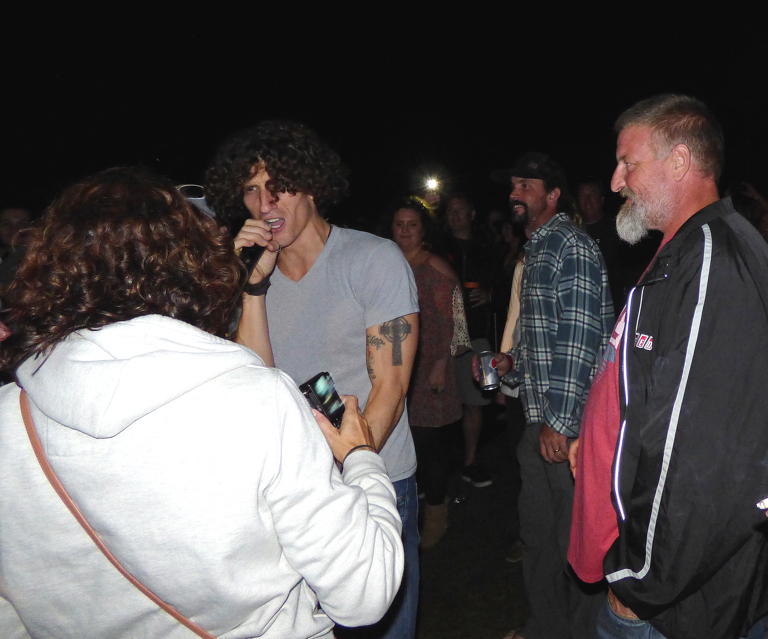 David Shaw of the Revivalists working the crowd.

Drummer Neko Williams with People’s Blues of Richmond absolutely killed it on drums. The band itself is really good with a great sound and lots of energy, but Neko shone through in a great overall performance.

And then there’s David Shaw of the New Orleans group the Revivalists. Front man, occasional guitarist and full time showman, there is something about a singer who jumps down from the stage, works his way into the crowd and just keeps singing. Energy, energy, energy . . . combined with astonishingly good arrangements and music.

The show wrapped up with the New Mastersounds from London, England. Full rich sound, hitting their notes just right and tons of energy. A perfect way to end an amazing two days.

The Mustang Music Festival has always donated proceeds to the Corolla Wild Horse Fund and they are continuing to do so. This year, though, Mike Dianna, the force behind it all, is also reaching out to the community with his Mustang Outreach program that is targeting young musicians on the Outer Banks. 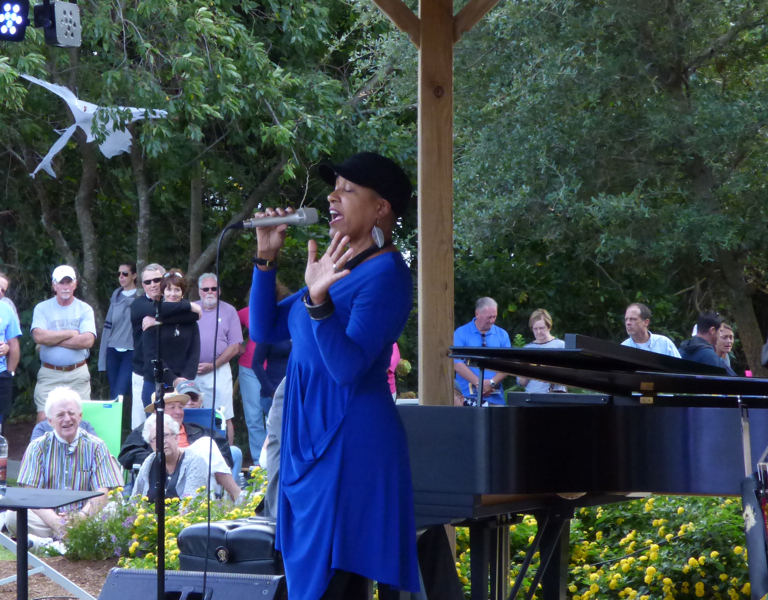 Rene Marie in performance at the Duck Jazz Festival.

With temperatures in the upper 60s, a nice breeze and lots of sunshine, Sunday could not have been a better day for the 8th Annual Duck Jazz Festival. This is really one of those events that there is nothing to dislike about it—outdoors in a beautiful setting, the Duck Town Green, it’s free, spectators are absolutely permitted to bring wine or beer and the music is invariably great.

The First Flight High School Jazz Band played in the Amphitheater, and as is always the case when they play, they show why they’re one of the best high school jazz bands around.

The Legendary Louis Hayes and the Jazz Communicators were wonderful. Louis Hayes is a legendary jazz drummer, and as is often the case with the best jazz drummers, their style is subtle and understated and what they do is make everyone playing with them better.

The set was something straight out of the New York nightclub scene—classic jazz, free flowing, soaring and going off in different directions and then it suddenly is back in a tight perfect place.

One of the things that defines the best musicians is the willingness to take a chance, and in that regard Rene Marie.

Her vocals are absolutely extraordinary but what really set her apart from what is expected of a jazz vocalist was her rendition of the classic folk song, “Shenandoah”.

She introduced it by saying, “You know I’m a GRITS (Girl Raised In the South).” And then she sang one of the most beautiful, soulful arrangements of the song I have heard.

It was a great way to remind people how universal music can be how all forms of music ultimately intertwine.