Flight of the Drone 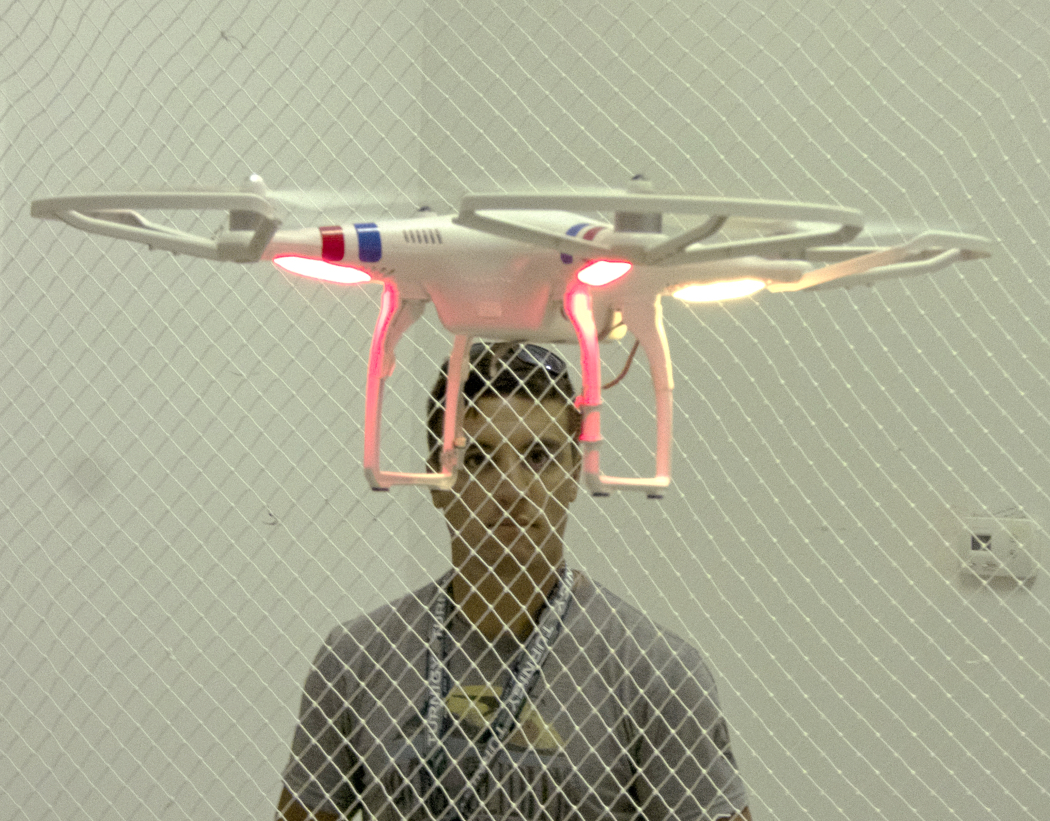 It looks so effortless; I keep thinking it should be so easy . . . and I’M NOT GETTING IT! AT ALL!!!

Actually, I am getting it. Slowly but surely I’m understanding how to maneuver, mastering the art, or is that a skill, of hovering.

There are three of us in the class—Jason Klusik, his son Tyler and me. Tyler, with the sure hands of youth with years of experience toggling the joy sticks of an Xbox is making it look easy. His father and I . . . not so much.

Alex, who is Lead Hang Gliding instructor when he’s not walking the all thumbs crowd through the beginning steps of flying a drone, is remarkably patient and has a great sense of humor.

The session begins with a 10 to 15 minute Powerpoint presentation. It’s time well spent; Alex does a very good job of talking about the importance of the regulations governing the use of UAS (Unmanned Aerial System), which is the official name of drones.

UAS or UAV (Unmanned Aerial Vehicle) are the preferred terms because, as Alex explains it, “. . . when you hear the word drone in the news or from friends or family, it’s not typically in a positive light.”

The UAS that most people are flying range between a half pound to about 55 pounds and are an sUAS or Small Unmanned Aerial System.

Some of the regulations, as it turns out, are pretty important to know. All sUAS’s must be registered with the FAA, as an example. Alex points out for recreational use, it’s very easy—$5.00 and five or ten minutes on line. It does become more time consuming and expensive to get a commercial registration, but most of the students taking the course are probably more interested in recreational use.

He told us that flying over people and taking pictures without their permission is an invasion of privacy. “There is a reasonable expectation of privacy,” he noted.

Just about the time the discussion of rules and regulations is starting to drag, it ends and we get to try our hand(s) on the simulators. That was the first inkling that flying a UAS would be far more difficult than we thought, and that clearly Tyler had an advantage over the adults.

First task—go straight up, hover between two arrows until they turn green. When they go up, you go up; when they come down, you go down. Easy, right? Ha, ha, ha.

Next task: hover over a moving circle. As far as I can tell, my simulator sUAS is well on its way to Bermuda with no hope of retrieval.

Finally we tried landing on the simulators. After three or four attempts I came to the conclusion that if I do buy a sUAS it will have a perpetual battery that will allow it to fly forever because I can’t land it.

Then it’s off to the flight room where we find first of all that the controls on the simulator are way more sensitive than the real thing.

We also discover that Newton’s Law of Motion—an object in motion tends to stay in motion—is proved repeatedly. Toggle the right stick to the right and the drone will continue flying to the right until it slams into the wall. It doesn’t matter if you bring the stick back to neutral—once in motion, it continues in motion.

My first attempt at flight ended ingloriously in the netting that protects the flyers in the flight room. And it broke one of the propeller guards.”Not a problem,” Alex told us. “That’s why we have more drones.” He also mentioned that they’re very easy to fix.

Good thing too, because at one point a crash landing (not me) broke some propeller blades and a guard. “Twenty to thirty minutes to repair it,” Alex estimated.

Meanwhile youth was having its day. While Jason and I were struggling to land the sUAS in the hula hoop landing zone, Tyler was getting style points for doing 360s as he came in dead center for his landings.

In fairness, I should mention that I was the one really struggling with landing. By the end, though, I really was getting it; I was finally understanding how to nudge the aircraft left and right, backwards and forwards while controlling its momentum.

It was a good feeling. And it looked as though Alex was a happy for me as I was.

I still have a long way to go though.