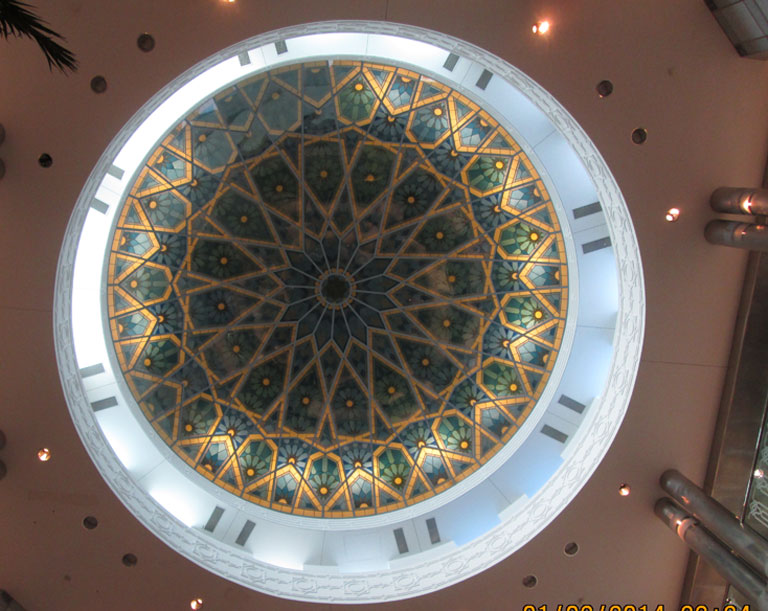 I had a chance to go with my daughter and the Model UN Club to Washington, DC over the Christmas break. Going there with the kids confirmed for me that the best is still before us and that we are raising an incredible group of kids . . . at least here on the Outer Banks.

Model UN is a high school club where kids role-play being delegate nations to the UN. In February, the kids will be going to Hampton Roads for a daylong conference where each member nation is expected to put forward resolutions and programs consistent with their nation’s goal.

It was hard to get an exact count but it looked like there were about 30 or 35 kids on the trip. The First Flight High School club will be representing the United Arab Emirates (UAE) and Togo at the regional conference and working with teachers Adam Herman and Susan McFarlane and adviser Karen Bachman, the club arranged to meet with representatives of the UAE and Togolese embassies.

The deference, courtesy and willingness to engage the kids in a meaningful way in both embassies was gratifying—and the FFHS students asked some tough questions.

At the UAE embassy, Matthew, a junior, stood up and asked the question that probably all of us were wondering but no one had asked: “What is your country’s position on targeted drone strikes?”

The answer, a surprisingly robust support for the policy, held information that the UAE had just purchased $1.4 billion of military hardware from the U.S.—equipment that included drones for border surveillance and security.

Given the location of the UAE on the Arabian Penisula and its proximity to Middle East hotspots, the answer may not have been that shocking, but when we got an almost identical answer from Mbalembou 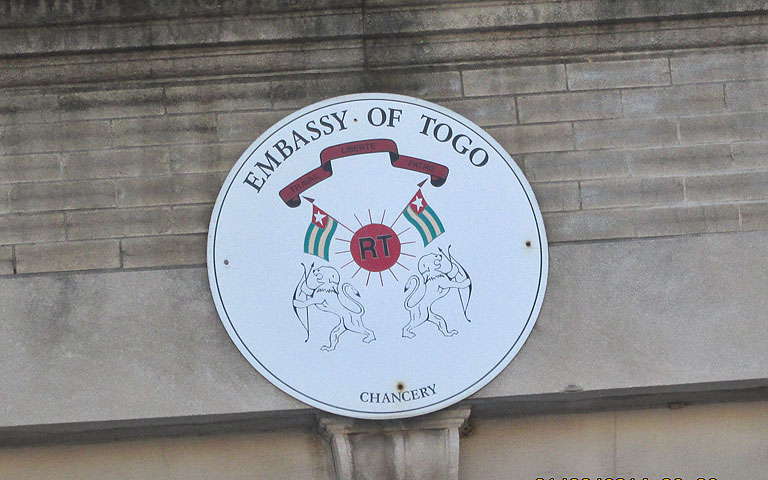 Pato, Second Counsellor at the Embassy of Togo, it caught both students and adults by surprise. Togo, a small, relatively poor nation in western Africa, is a member of the Non-Aligned countries and is widely involved in peace keeping missions; yet as Mr. Pato explained, “We will do what is necessary to protect our citizens.

One of the most remarkable aspects of the visits was to clearly see the difference between a have and have not nation. The UAE embassy is a palatial modern construct with a four-story atrium inside soaring to a beautiful domed mosaic ceiling. The staff welcomed us into a meeting room that could have seated 200 or 300, had a wonderful offering of food for us and ran a very professionally produced movie about the history and culture of the country. There were a number of embassy employees available to answer questions—and their answers were forthright and thorough.

The Togo Embassy is a brownstone row house along Embassy Row. We crowded into a conference room and Mr. Pato answered every question personally, taking special care to insure that we understood his answers.

The trip also included a visit to the Supreme Court—not in session, but interesting, nonetheless and some free time where we walked around the Capital Mall. It was 17°, the wind was from the north at 20, but our group still managed to make it to the Smithsonian Museum of American History.

Sometimes it’s a relief to speak as a parent—in this case a proud parent—and leave journalistic objectivity behind. After seeing these kids in action, I found I walked away with a renewed hope for the future.