Erring on the Side of Caution 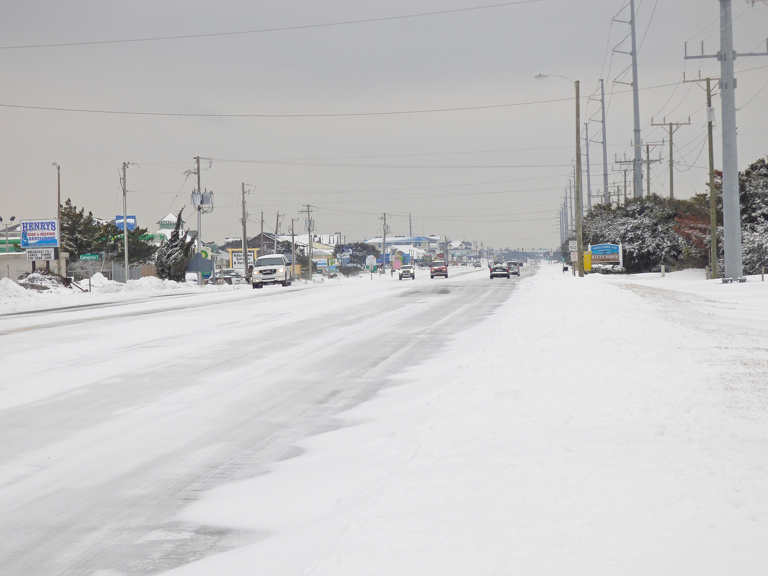 The Bypass looking north toward Kitty Hawk after 8″ of snow. Barely drivable and in better condition than any side road.

lt’s a pretty common complaint on the Outer Banks that emergency officials order evacuations too early and sometimes unnecessarily when a hurricane appears to be bearing down on the Outer Banks. Some of those complaints certainly have a portion of legitimacy to them, but the common refrain from County officials is they prefer to err on the side of caution.

And now we have Atlanta–a real life example of what happens when officials do not err on the side of caution. Perhaps most disquieting, or even frightening, there were a few thousand school children that local districts felt could not be transported safely home and had to spend the night at the school. Kudos to the school districts for having an emergency plan in place; shame on them for not erring on the side of caution and putting those kids in that position to begin with.

No doubt government officials there will argue a perfect storm of circumstance came together to create 11 and 12 hours traffic jams–traffic jams so bad that cars were running out of fuel as they idled. There may be some validity to that belief, but nothing changes the fact that government emergency officials have a responsibility to the people they serve to prevent that very scenario from happening.

Which brings us back to the Outer Banks. Perhaps it’s that we are use to dealing with weather events, but notices of government offices shutting down for the day or closing early started coming in Monday night. Almost as soon as kids got to school, a notice went out that schools would be on a half day schedule. It almost seemed a reflexive action, as though we have accepted that is the way we view all weather events.

Let’s be honest here about the Outer Banks nightmare scenario–50,000, 60,000 or 70,000 cars stuck in a massive traffic jam trying to evacuate when a hurricane strikes. That has never happened; it has never even come close to happening . . . and maybe it’s because, weathering all the complaints from businesses and citizens, county officials keep erring on the side of caution.