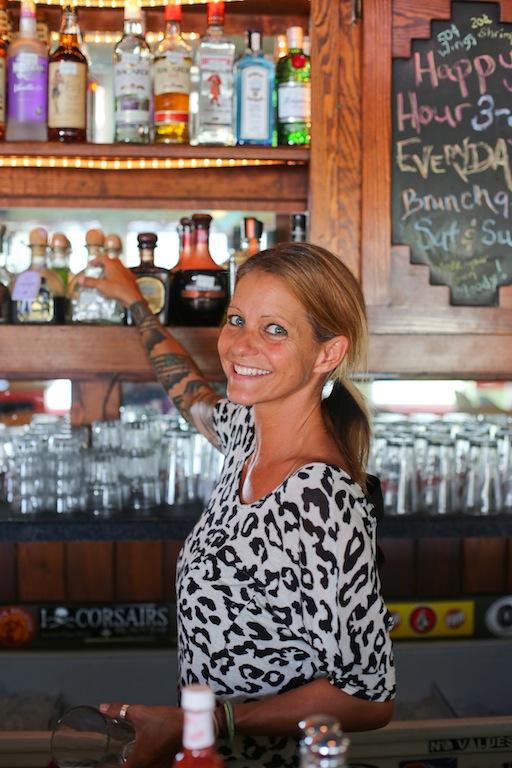 In vino veritas—or sometimes in cerevisia veritas (that would be Latin for “in beer there is truth)—although the truth may be more in the eyes and ears of the bartenders than the patrons.

Let’s face it, we may think we’re budding Einsteins after three or four drinks, but the “veritas” may be a bit harsher. And for evidence, we turned to some of the folks who have been behind the bar for a number of years to see what tales they could tell. 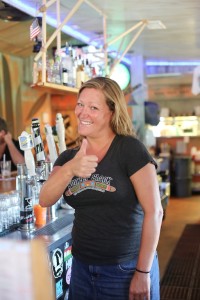 “Which side of the Beach Road are the piers on?”

Annie Daniels works at Chilli Peppers these days, but she’s been handing out drinks efficiently and with a certain amount of humor for a

number of years. I didn’t ask her what her answer was. I’m not sure there is a good answer to that.

When Sonya Barnahrt at Bonzer Shack told us this, I wasn’t sure if I heard her correctly. I asked her to repeat it. She did—word for word. “Sixteen ounces or eight ounces,” she told the customer. I think she did that with a straight face, showing more willpower than I would have.

“Do you serve mixed drinks?” 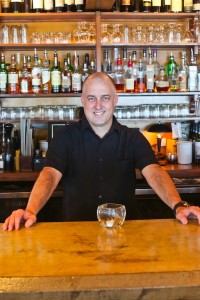 This one gets on the list because of where it was asked. When Dennis Day at Ocean Boulevard told us this story, he was 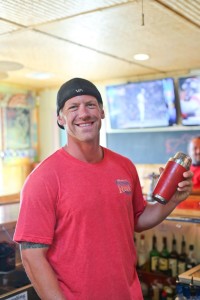 standing in front of a wall of liquor. I asked him if the customer could see the wall. “Yeah,” he answered. “He was sitting just about where you are.”

“Can I have your phone number?”

I’m including this because of sheer persistence and how far it went. I’ll admit that Isaac Gottenborg at Mama Kwan’s is better looking than me and no doubt has more personality, which is probably why a young lady asked him for his phone number. “I don’t think that would be a good idea,” he told her. She continued her quest. He told her he had a girlfriend whom he really liked and wouldn’t feel comfortable handing out his phone number. Refusing to take no for an answer, she proceeded to reenact the restaurant scene from When Harry Met Sally… complete with sound effects. 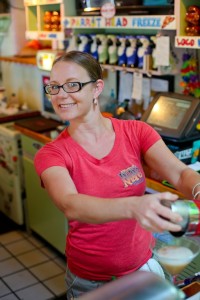 “Were they serious when they asked this?” was my question to Adelia White at Mama Kwan’s. “Absolutely serious,” she told me. Leaving aside whether this would even be legal in North Carolina, I’ve never heard of any bar anywhere doing offering a buy two get one free promotion. 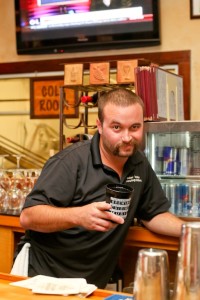 Will Holman at the Outer Banks Brewing Station.

“If that’s the Atlantic, is that (indicating the Albemarle Sound) the Pacific?”

This question directed at Will Holman at the Outer Banks Brewing Station may be the capper. We can only hope the person asking this was well beyond three or four drinks. Even so… well, maybe they need a refresher course in geography at our Dare County Schools (see below).

Certain questions were cited by all of the bartenders we interviewed. “Where’s the beach” and “Do you live here?” were repeated by everyone.

To answer the questions: Cross the Beach Road and you will be on the beach; and yes, as a matter of fact, we do live here.

Special mention in this category goes to “Do you have schools here?” which at least three of our bartenders were asked.

I would never have thought this question would come up because a.) Everyone crossing the Wright Memorial Bridge passes Kitty Hawk Elementary School or coming from the west, passes four to five schools; and b.) Every community in the United States has schools for its children.

The short answer is, “Yes, we do. And it is a very, very good school system.”