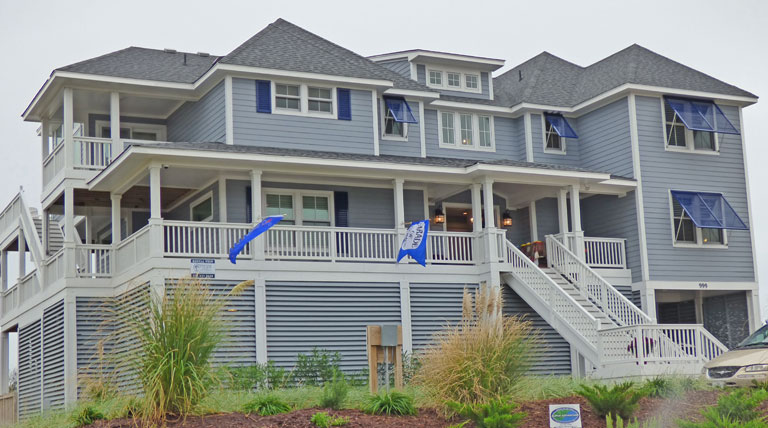 SAGA Construction home during the ever more popular Outer Banks Parade of Homes.

Aided by a 45% surge in December, Dare County occupancy revenues improved for the fourth year in a row. The yearend increase of 3% represents an additional $15 million in income for rental property owners over 2012 according to figures released by the Outer Bank Visitor’s Bureau.

Since a -1.8% decrease in revenues in 2009, County occupancy revenue has shot up 15.4%. During that same period, restaurants have posted a 15.6% increase in income.

Currituck County reporting typically runs four to six months behind Dare County figures and it’s still to early to tell if Dare County’s northern neighbor fared as well; however, there is little to suggest it did not.

Although there has been considerable marketing effort in developing the shoulder seasons, occupancy revenues in September and October have varied for the past few years between flat and slightly down. However, restaurant income has shown a modest but sustained growth that would seem to indicate more day trips to the area.

It is possible that the Federal government shutdown in October affected visitation, although it is difficult to know what that affect was. The month was off -3% compared to the same month in 2012 but that variation is well within typical monthly swings.