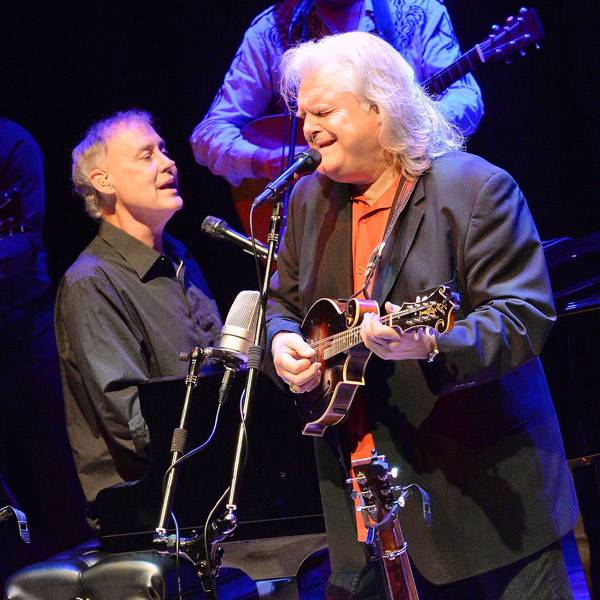 Everyone wants to find that one thing in their life that is the perfect fit for who they are and what they want to do with their lives. Cory Hemilright, the founder and organizer of the Outer Banks Bluegrass Festival is one of those people.

There were some detours along the way—he lived in Bristol, Tennessee for a while, but even there his love for the music was a part of his life. “Bluegrass was big there and I met a lot of bluegrass musicians,” he says. “They would come over to my cabin and play music. We would joke about, ‘We should bring this to the beach.’”

Sometimes life has a way of creating a circumstance that allows dreams to come true.

The circumstance that brought Cory back to the Outer Banks began when his mother was diagnosed with breast cancer.

“She’s doing fine now,” he says. But he didn’t care for what he was doing in Tennessee and it made the decision to come home easier. “I needed to move back to the Outer Banks and spend time with Mom,” he said.

The dream of bringing bluegrass to the beach would not go away, though, and three years ago, he took the plunge.

It was supposed to be a small, easy to manage affair but events took a different turn. “My first year, I expected a small event with a small budget,” he says. “But then the next thing you know I had Rhonda Vincent, and it just ballooned.”

Now in its third year, the festival has gotten bigger every time. The Saturday headliner this year will be Ricky Skaggs, a master of the mandolin and other instruments. Rhonda Vincent and the Rage will be back for the third year on Friday night, headlining the show for the evening.

The Outer Banks—and the Bluegrass Festival in particular—seems to have become one of the most sought after venues on the circuit. “We have become the festival that everyone wants to perform at,” Cory says. “The setting is beautiful. This is at the beach. Most of them come and say, ‘Hey we’re going to stay a few extra days.’”

Writer’s notes about the festival: The diversity and skill of the musicians in the lineup is remarkable. Throw out preconceived notions of what you think bluegrass is. These are remarkably skilled musicians who choose to play bluegrass and because of their skill and experience, they will push the envelope on compositions and arrangements.

The 3rd Annual Outer Banks Bluegrass Festival is Thursday, September 25 through Sunday, September 28. Tickets are $40/day or $110 for a four day pass. Looking at the talent coming to the Outer Banks, this may be the best music value around. According to Cory, Friday and Saturday are almost sold out, so order tickets as soon as possible.