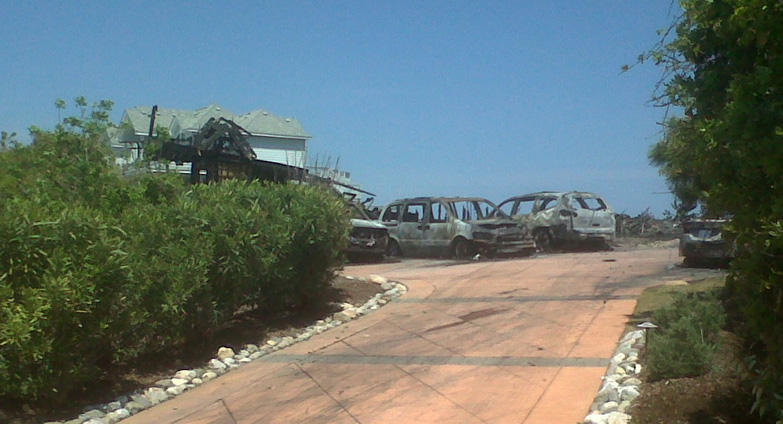 Vehicles as well as the houses were destroyed by the fire.

Details are still very limited, but a fire Corolla fire destroyed three houses and a number of vehicles in the Pine Island subdivision. Although the houses were occupied at the time of the fire, no injuries were reported. 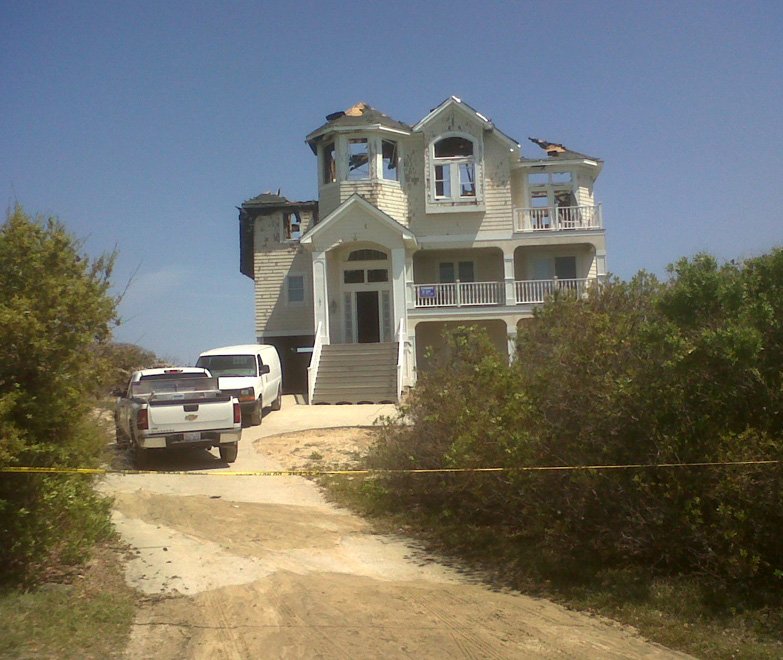 The walls of the southern most structure remain intact. The other two homes were completely consumed.

Located between the dead end sections of Cottage Grove Road and Hicks Bay Lane, the fire appears to have completely consumed two structures and left a third as little more than a shell.

As details become available the North Beach Sun will continue to report on this story.