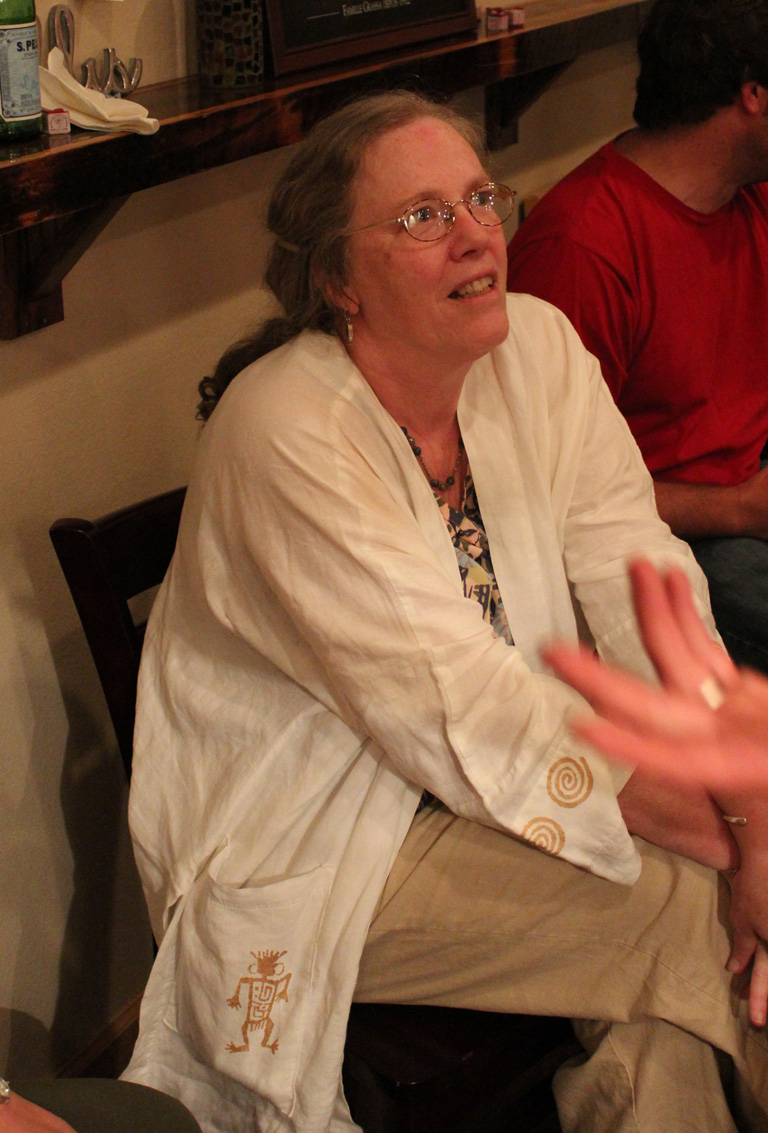 Molly Kirkland at her benefit at Trio.

Sunday’s gathering at Trio in Kitty Hawk was as much a celebration of community and respect for a friend, as it was a fund raiser for Molly Kirkland.

In May of this year, Molly suddenly began to lose her vision. A local ophthalmologist diagnosed the problem as an optical migraine. Her vision continued to deteriorate and a trip to the Outer Banks Hospital included a CT scan with the same diagnosis.

With her vision restricted to a narrow band directly in front of one eye, her friend, Rachel Besacon, an RN, stepped in and insisted they go to Sentara Hospital in Norfolk. An MRI revealed a benign tumor pressing on Molly’s optic nerve.

A delicate and minimally invasive surgery relieved the pressure on the nerve and Molly’s sight came back immediately.

The story does not end there.

Molly is one of those people who goes about her job quietly, with humor and dignity and as a consequence a lot of people have come to know her, respect her and care about her. And what her friends realized quickly was that she would not be able to work for the next three to four weeks and the medical bills would come flooding in.

Now working with a local wine distributor, Molly had helped Kenny and Melissa Hyman open Native Vine when the store was located in Point Harbor. Although the Point Harbor store is now closed, the Hymans, with partners John and Jennifer Minnich, have been concentrating their efforts on Trio.

The afternoon event extended well into the evening. Featuring the continuous sounds of local musicians, wines rarely seen for tasting and too many auction items to count, there is no precise number on how many people showed up, but over 200 friends of Molly would seem a reasonable amount.

The event was an extraordinary success. Although a final figure has not yet been tabulated, Kenny Hyman knows the evening topped its goals. “We set a lofty goal for Molly, and I’m confident we’ve exceeded that,” he said.