Colington Curve a Thing of the Past 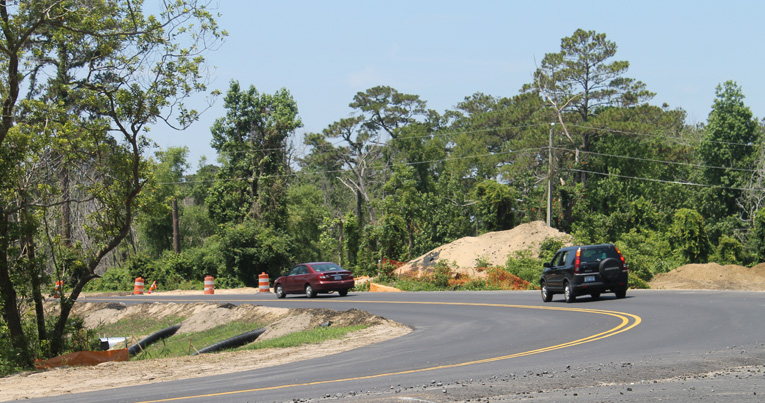 New Colington Curve–moved from it’s old location and much safer.

The Colington Curve is a thing of the past . . . or almost a thing of the past. There’s still a bend there, although the hair raising, hairpin turn up a steep grade is gone, replaced by a banked bend in the road up a more manageable grade.

The roadbed has been moved to the other side of the Colington UMC, eliminating a short but very dangerous stretch of Outer Banks road.

NCDOT construction began at the end of October and is scheduled to be completed within three to four months. Although the road is open, according 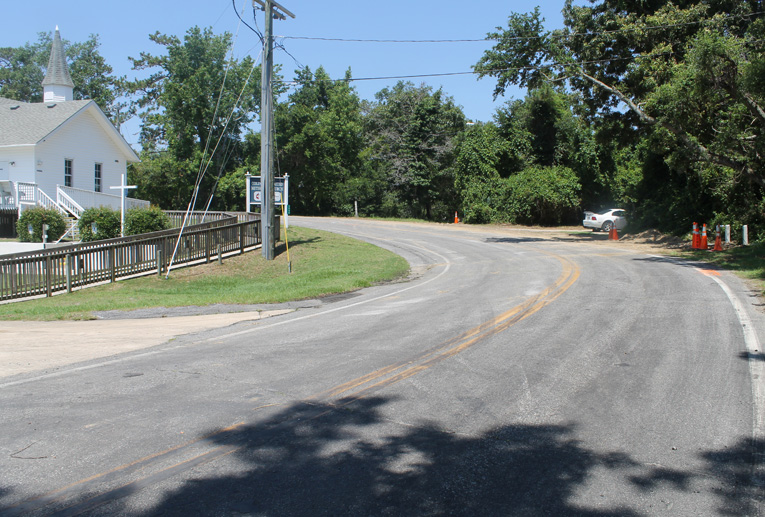 to Jim Hoadley, assistant district 1 engineer, the work that still must be completed is a final layer of asphalt on the road and removing the old roadbed that curves around the church. Although it will be inconvenient, the applying the final layer of asphalt will not halt traffic; final paving will be done one lane at a time with one lane of traffic allowed through in each direction.

Although there are no current plans to fund it, Colinton Road has been assigned a Transportation Improvement Project number–TIP Project No. R-5014. According to NCDOT documents, the project calls for, “ . . . “widening the existing roadway to two 11-foot travel lanes, constructing 4-foot paved shoulders on each side of the roadway, and raising the grade of the roadway in areas that are currently flooding. The proposed project is approximately 4.3 miles in length. It is scheduled for right-of-way acquisition to begin in September 2015, followed by letting the project to contract in March 2017.”