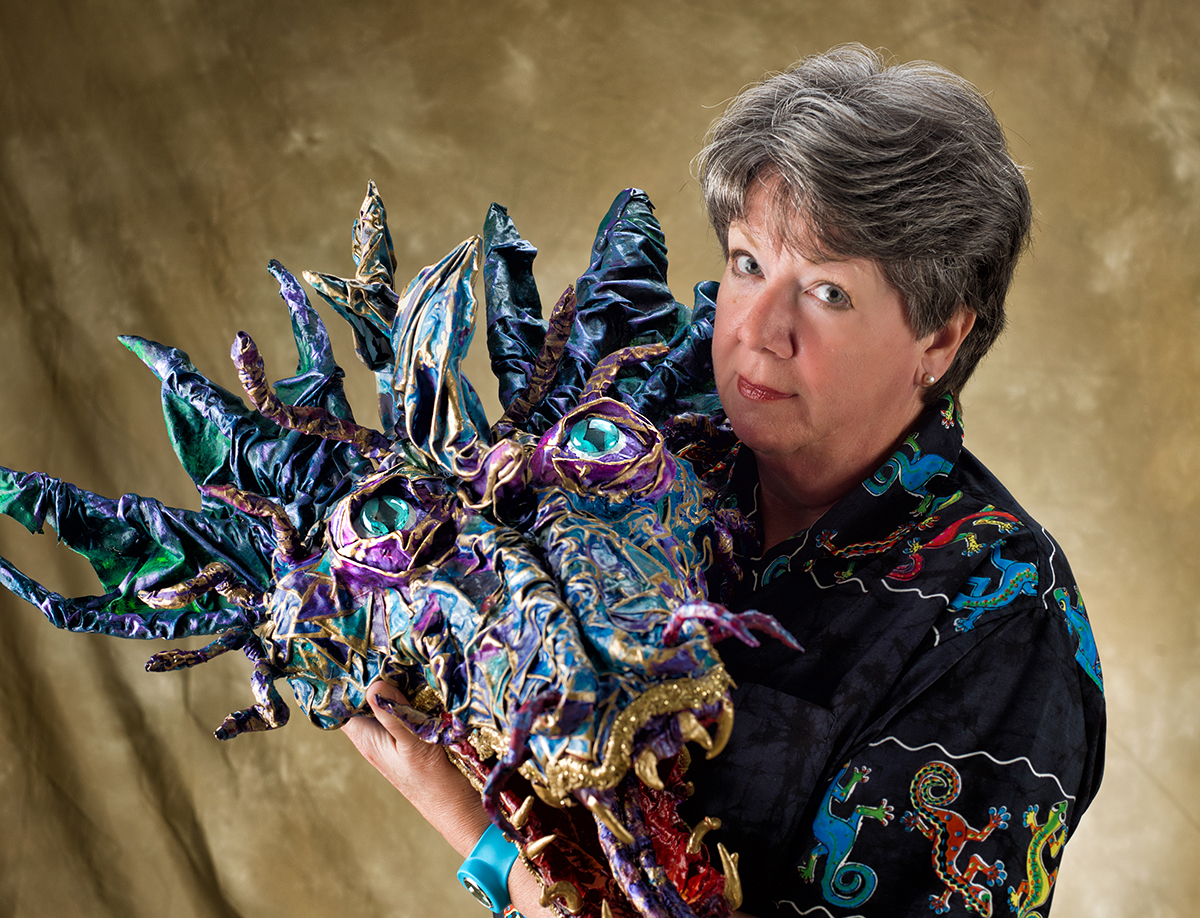 A former member of the CIA, Carol WIllett finds her creative side with paper-mache creatures.

Filled with whimsy and humor, Carol Willett’s art is a reflection of her off-kilter view of the world that is diametrically opposed to her life in government. Beginning her professional career as an intelligence officer in the U.S. Air Force and then moving to Central Intelligence Agency support operations, in the structured world in which she lived humor was not encouraged.

“For 35 years I had to brutally suppress my sense of humor,” she says. “It was inappropriate in my various careers. I was very careful not to let it out because I invariably got in severe trouble whenever I did.”

The humor is apparent now—apparent in the cloth and papier-mache creations that fill local art galleries, the pages of her book Creatures of Imagination and the walls of her home.

There is the “Literary Snake,” wearing glasses and golden in color. Long and sinuous he rises above a book that he cradles in his coils. And her “Dragons Just Want to Have Fun” piece is complete with a big smile and lots of color. 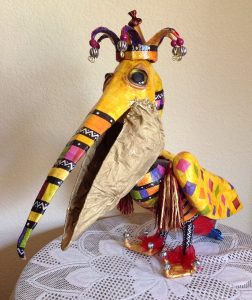 One of Willett’s highly colorful creations.

Carol’s career in art began with dragons and has since expanded beyond that. But right from the beginning, her preferred medium has been papier and cloth-mache. “It’s a very forgiving media. It’s one that allows you to learn on your own,” she says.

Carol grew up on the West Coast, went to school at UC Santa Barbara for a couple of years and then she says, “I suffered temporary insanity because I came back east. I went to Washington, D.C. to study Russian and International Relations at American University.” She recalls how shocked she was of the differences in the cultures on the East Coast and West Coast.

Air Force ROTC got her through college and when she graduated she joined the service as an intelligence officer. “I had a blast and I saw the world many times over,” she says.

That came to an end when the Air Force wanted her at the Pentagon to debrief the Joint Chiefs of Staff. “I didn’t want to do that,” she says. “You don’t get to do your own presentation. You’re just a mouthpiece. That was not my aspiration.”

“So I applied to the CIA… I think I set a new world record for processing out of the military. It took two days,” she says.

The CIA entailed more travel. “Any place the Air Force had not sent me, the CIA did.” And along the way she noticed a common thread among almost all cultures.

“That’s when I first developed my fondness of dragons,” she explains. “As I went from country to country, I was fascinated by the extent to which dragons are present in almost every world myth.”

Her tastes run toward the surrealistic—Hieronymus Bosch and Dr. Seuss. Although she had no formal training, she was inspired by Papier-Mache Monsters by Dan Reeder and decided to give art a try. 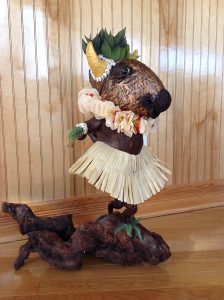 Willett’s tastes run toward the surrealistic.

“The first one was named Dave and he was a monster,” she says. “Dave was in honor of all the monstrous monsters I’ve ever worked for. It was therapeutic.”

She followed that with a dragon for her son, Adam. Not far behind came six more dragons and then her first commission for the UPS store in Southern Shores. “Can you make us a UPS delivery elf?” they asked.

Working on her monsters has become a full-time job—although job is not the right word to describe what she does.

“I wouldn’t do it if I didn’t feel like a six-year-old on a sugar high Saturday morning with all day cartoons. This is so much fun,” Carol says.

And there seems to be no end to the possibilities. “I understand why the creator created so many things. Creating is a blast,” she says.

Her book, Creatures of Imagination which features her papier-mache monsters, is a natural outgrowth of her art and the joy that she finds in it.

“I don’t do production line. I only do one-of-a-kind of anything. And that makes me feel really good,” she notes. “But I would like to make more people happy. And I thought maybe if I put a book together that shares pictures of the critters, a lot more people can be happy for the same amount of effort.”

The book seems to have accomplished her goal; it is funny, the humor innocent yet wonderfully offbeat and the images of the sculptures will make readers smile every time they are seen.

It’s certainly a success for someone whose goal seems simple. “My purpose in life is to increase the net amount of joy in life,” she says.