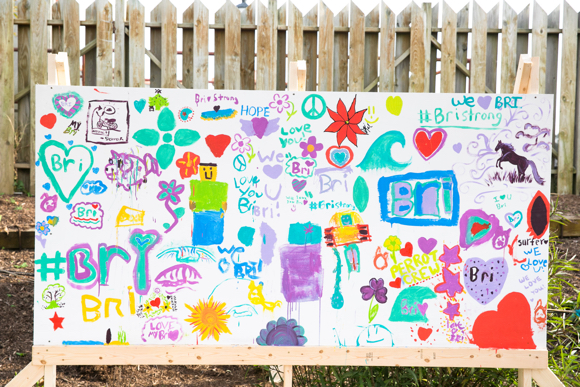 Wall of remembrances. The wall will be permanently on display at Aviation Park in Kill Devil Hills. All photos, K. Wilkins Photography.

A celebration of life is so much more affirming than the mourning of a death.

Bri Blumenthal was only 12 years old when her life ended, struck by a driver who could not see the red light because of evening glare. The loss of that young life is tragic, and sad beyond comprehension, yet what happened at the Brewing Station on Sunday gave a meaning and purpose to those 12 years that will transcend her short time with us.

The event, Bri Strong, showed so many things that are best about who we are as a community, that it became an uplifting moment in time, something that indeed allowed us for at least this one point in time to look beyond ourselves. 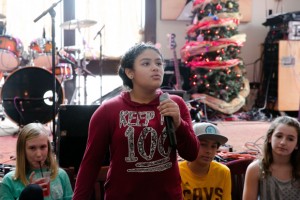 “I just want to say thank you to Bri for the honor of letting me call her my best friend.”

There were touching moments, yet never did anything become maudlin. Her friends spoke, and their memories were, funny and touching, painting a picture of an energetic and outgoing young lady. Beverly, one of the first to speak described what Bri meant to her and the others saying, “I just want to say thank you to Bri for the honor of letting me call her my best friend.”

The weather certainly cooperated in making the day something special—almost joyous. The ladies from the Kill Devil Derby Brigade were on hand proving that even the toughest of the tough wear a helmet. “We have to wear helmets,” one of them commented. “It’s just what you have to do.”

Outside there were helmets for sale as a donation to the foundation—beautifully iridescent purple, they were donated by Todd and Vanessa Riddick, owners of Sand Dollar Shores Spas and Pools. There were glitter tattoos with parents and children creating patterns on arms and faces. There was also a photo booth and room for kids to play.

Perhaps the most visited spot was the white wall that everyone seemed to come to at some point. With paint of every color on hand a wonderful collage of remembrances of Bri were created. The wall will be moved to Aviation Park in Kill Devil Hills as a way for the community to remember.
Inside there was music. The adults were great, but as always Ruth Wyand’s young musicians rocked the house.

Aubrey Davis, co-owner of the Brewing Station, did take a moment to talk, reading from Thoreau’s Walden Pond. “The Merlin it seemed to me it might be called: but I care not for its name. It was the most ethereal flight I had ever witnessed,“ he read. “It appeared to have no companion in the universe — sporting there alone — and to need none but the morning and the ether with which it played. It was not lonely, but made all the earth lonely beneath it.” Aubrey Davis and his wife Karen, along with Diana Healy, Ravann Rachell’e, Sherri Buhrman organized the event. Aubrey and Karen’s daughter was one of Bri’s best friends. 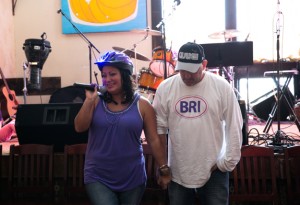 After Aubrey spoke, Bri’s father, Scotty, took the mike. Throughout the ordeal of losing his daughter, he has been a voice of forgiveness and the affirmative. His remarks again touched on those themes.

“There are no words to describe the pain of loss when you lose a child,” he began. And he thanked the community for standing with him. “Seeing all of you come out today is overwhelming. There are no words for it.”

“The only thing that I can do from this is to try to pull the positive out of it,” he went on to say. “You have a tragedy like this, you have to get something from it. And I have. I have because of the people in this room. The Outer Banks has come together and I can’t explain how much I love everyone of you.”