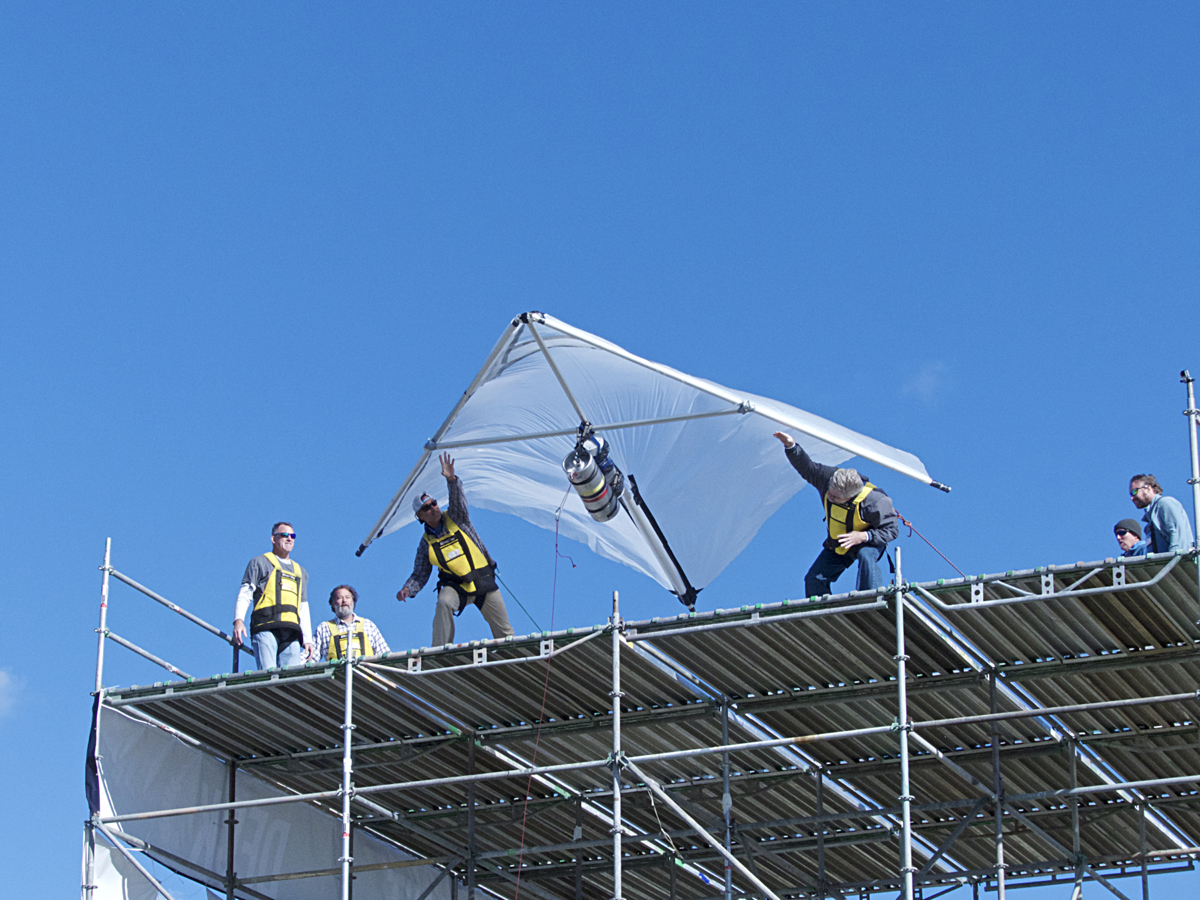 Launching the Buds and Suds winning entry at the 2nd Annual BrewTag.

First the Wright Brothers proved the man can fly and now thanks to the genius of five former hang gliding instructors we know that beer can also fly.

Thus is one of the great scientific dilemmas of the 21st century resolved. Team Buds and Suds, with a record smashing flight of 65’7” proved conclusively that beer kegs and flight are not mutually exclusive terms.

It was a brisk and windy day on Sunday when 15 teams took up the BrewTag challenge. And at first it did not look promising that even last year’s modest World Beer Keg Flight Record of 32 ‘ would be matched.

Spectators, lining the fence in the flight field were calling out encouragement, but still the miracle of flight seemed to elude the contestants. The Kitty Hawk Rotary Club’s graceful construct collapsed as it was launched, becoming wedged in the girders of the flight tower. Their distance, such as it was, setting a new world record for shortest distance every—9”.

Then the wind let up just a bit…gliders need wind to fly, but too much wind and the aircraft lifts too quickly, stalls and comes crashing—spectacularly—to earth. 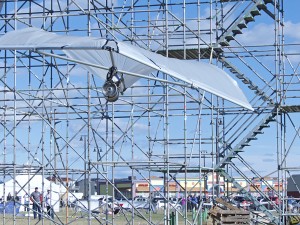 The Buds and Suds glider in flight.

Now, though, as Smarty Pints, a team of engineers from Hampton Roads get ready to launch, the wind fell back to a manageable 10-12 mph. The crowd cheered lustily and the aircraft soared into the air…wiggled its wings…started to dive…righted itself…and soared with grace to a soft landing 54’6” from the tower. A new world record and one the betting crowd knew would last a long time.

But the betting crowd was wrong. Three contestants later, the local boys of Buds and Suds climbed the tower. A team of former hang gliding instructors 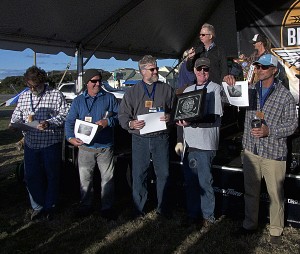 Their aircraft, a faithful reproduction of the Rogallo Wing, the airfoil that gave birth to hang gliding, never faltered, elegantly gliding into the wind, banking slightly to the left, it settled slowly to the ground landing an astonishing 65’7” from the tower.

A moment of shocked silence from the crowd and then a cheer.

BrewTag is destined to be one of those Outer Banks events that seems perfect for the Outer Banks—a little bit quirky and very family friendly. Sponsored by Kitty Hawk Kites, beyond the beer and the beer kegs there’s actually a lot of for kids to do.

Mr. Rogallo, who passed away in 2009, was a NASA aeronautical engineer. He has quite a number of patents to his name, but the he is best known for the wing that bears his name. The technology that he applied to his invention has been instrumental in the sport of hang gliding, paragliding and is used in all modern parachutes.