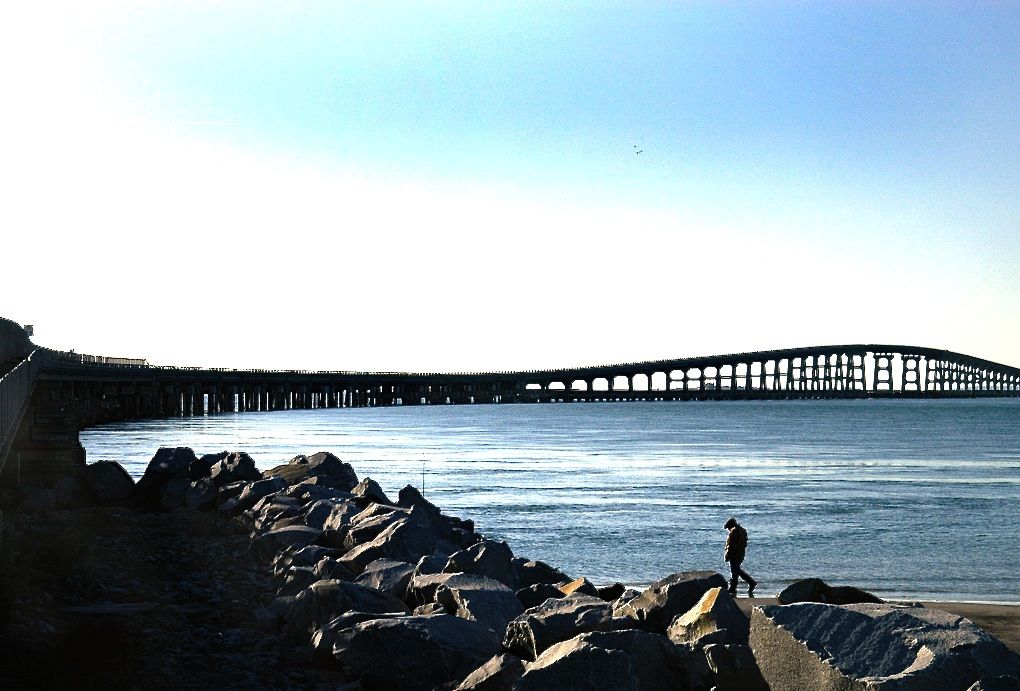 With a one sentence legal ruling, the Bonner Bridge spanning the Oregon Inlet has taken a major step toward completion.

The language is dry—the implications are huge.

Completed in 1963 the planned life expectancy of the Outer Banks bridge was 30 years, the bridge is now 20 years past its planned life. Although extensive maintenance and repairs have kept the bridge open, the repairs are becoming expensive and difficult to effect.

The replacement span will be a 21/2  mile span running parallel to the existing bridge.

The judge’s ruling was a summary judgment—a rejection of all the plaintiff’s claims (Southern Environmental Law Center), and although the final sentence in the ruling is very brief and to the point, Judge Flanagan spent considerable time in her ruling detailing the failings of the SELC case.

The SELC contended, as an example, that the Pamlico Sound Bridge Corridor alternative—the 17.5 mile bridge that would have bypassed Pea Island—was not thoroughly studied in the Environmental Impact Statement (EIS). The judge pointed out in her ruling that the Corridor alternative was actually the preferred alternative, but was ultimately rejected because no one could find a way to pay for it.

The SELC also wondered why a detailed analysis of a ferry system was not included in the final EIS. The state did examine a ferry system, but quickly determined that environmental damage from dredging and an inability to move the volume of traffic necessary in the summer made that alternative impractical.

There is still another lawsuit facing NCDOT, this one in state court. The SELC is asking for an administrative ruling that CAMA violated its own regulations in issuing a major project permit for the bridge. We don’t have a hearing date for that case at this point in time.

Once construction begins, the project will take three years to complete.