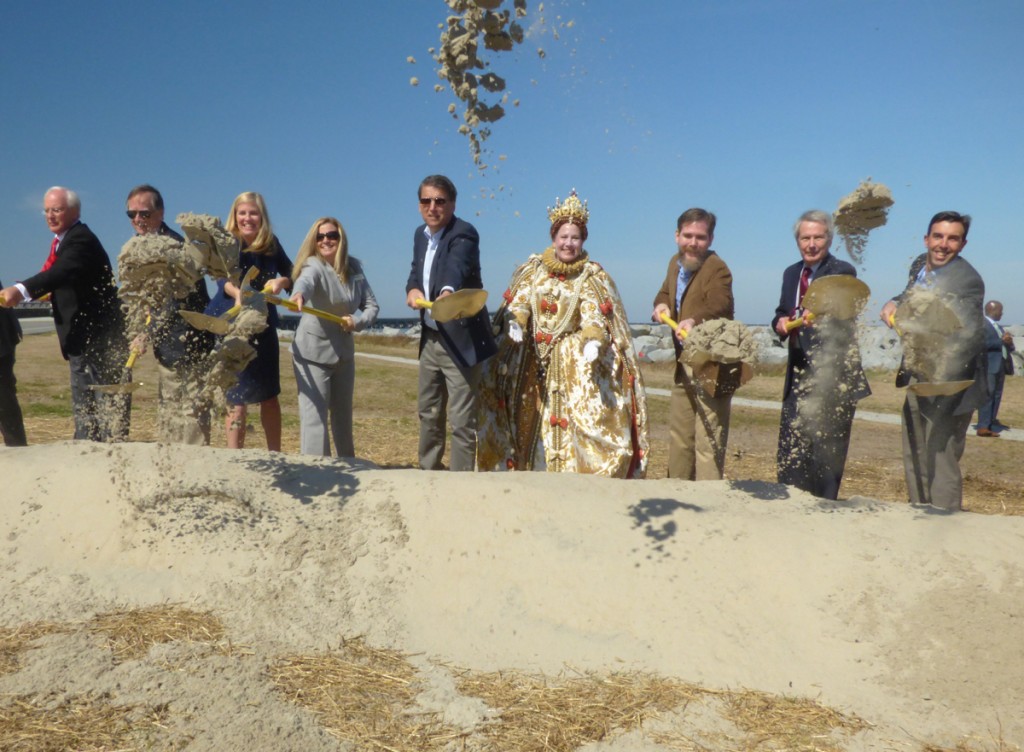 Saying, “This is personal,” Governor Pat McCrory described the journey to replace the Bonner Bridge from legally stalled to today’s groundbreaking ceremony.

“This is personal,” he went on to say, “because when I first came down here during the first storm I could tell that it was personal for the people of the entire Outer Banks . . . that we better get moving on this bridge.”

The governor also spoke about the economic impact of the bridge and how important the Outer Banks economy has become. 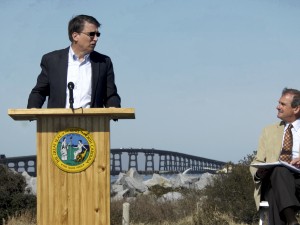 “Not having this bridge for the future was going to impact . . . livelihoods not only for this generation but for future generations,” he said. “It’s personal when you’re talking about economic development for the entire region and the entire state.”

State Secretary of Transportation Nicolas Tennyson affirmed the governor’s personal connection to the project, telling the crowd of 200 that from the beginning the priority was clear.

A June settlement with the Southern Environmental Law Center (SELC) unlocked a legal stalemate and allowed the project to move ahead.

Although officials on hand pointed to McCrory as the force behind the settlement, the Governor indicated local efforts that pushed plans forward.

“I noticed the teamwork you had between your local city, county and state officials and the federal government and the private sector would step up to the plate. I would also like to thank the Coast Guard,” he said, noting that one question was continually asked.

“Governor how can we make this happen,” he said, adding, “What we did is come up with common sense solutions.’

With a planned lifespan of 30 years when completed in 1963, the Bonner Bridge is now 23 years past it’s life expectancy and the repairs needed to maintain it have become increasingly expensive and difficult.

For two generations the bridge has been a part of Outer Banks culture—a sometimes delicate link that connects a string of barrier islands 110 miles long. 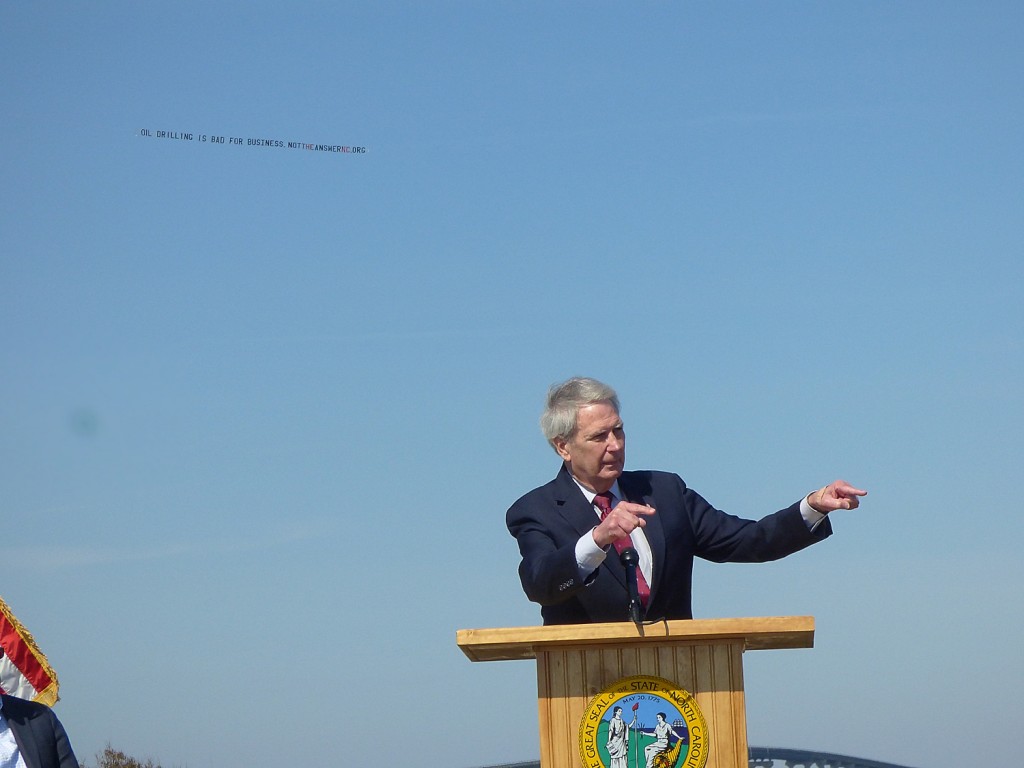 Congressman Walter Jones with Don’t Drill banner above his head.

Congressman Walter Jones who was also on hand for the groundbreaking, noted that the tenuous nature of the transportation network and fragile environment is not something that is always understood in the halls of power. According to him, regular visits from local elected officials helped federal official understand how important the Bonner Bridge and other coastal projects are.

“I want to thank the local leadership that came to Washington on a regular basis . . . and sat down with us and talked about the needs of this coastal county,” he said. “That is what helps Washington understand, this is a different county.” 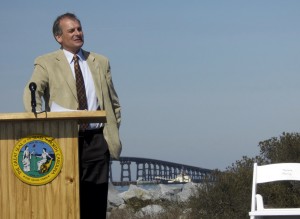 Division One Board of Transportation Representative Malcolm Fearing brought a local perspective to the ceremony, describing the bridge as a part of Outer Bank culture. “My dad 50 some years ago stood at the end of this bridge (for the opening ceremony). . .” he said in his introductory remarks. “My family has deep roots in this community.”

With the groundbreaking ceremony, work has officially begun on a replacement for the Bonner Bridge. The bridge project will take three years; however, it is one part of three projects dictated in the NCDOT/SELC settlement. The other two projects are jug handle around the S Curves north of Rodanthe and a plans that are still being formulated to safely span the New Inlet area.

The total cost of the project is approximately $440 million.