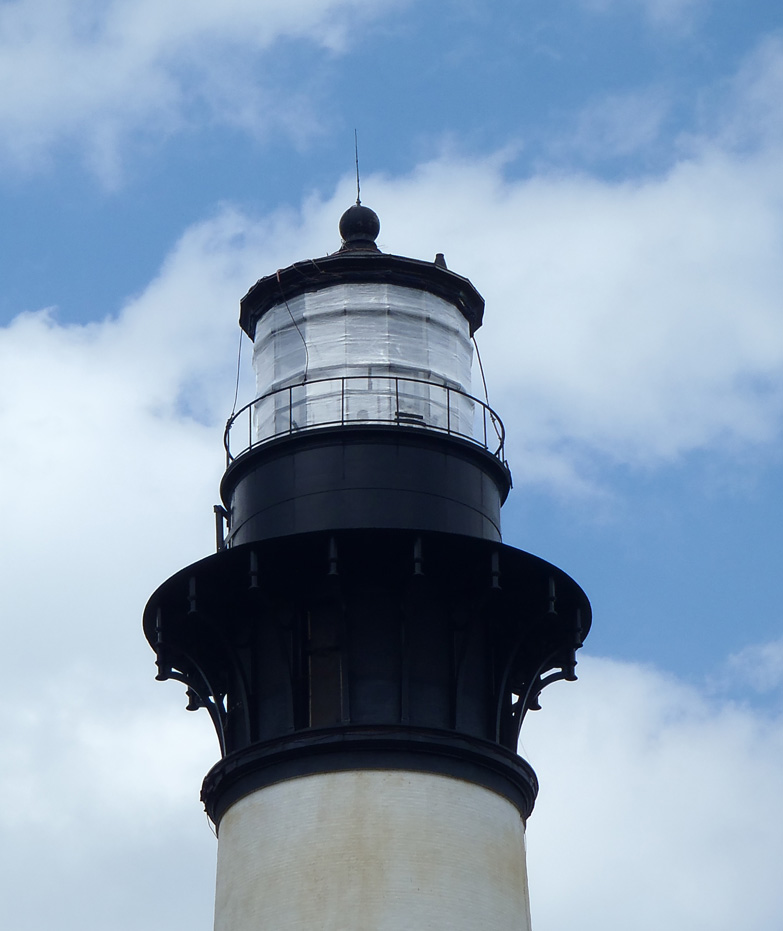 Restoration plans for the Bodie Island Lighthouse were put on hold last year when unexpected structural problem were found in the stairwell. According to Cyndy Holda, Public Affairs Specialist for the National Park Service (NPS), the problem was discovered during restoration work last year. “The struts that hold the balcony up were cracked,” she notes. “The workers found the cracks during the restoration work last year. They were covered over by paint. Some were small and some were large.”

Fixing the cracks would have exceeded the 2011 budget, so work was stopped to assess how to proceed. “They (the cracks) are fixable, “Holda says. “It was a large enough issue that we felt we should stop work and evaluate how to go forward. We could either cover it up and patch it, but then visitors couldn’t climb the stairs. Or we could replace the struts.”

When congress approved the 2012 budget, popular support for the project created the impetus for funding. “Enough people believed in this,” Holda says. “Believed that it should be fixed and open for climbing, that funding was provided.”

Congress appropriated $1.89 million for the restoration work. Work is scheduled to be completed in early 2013.