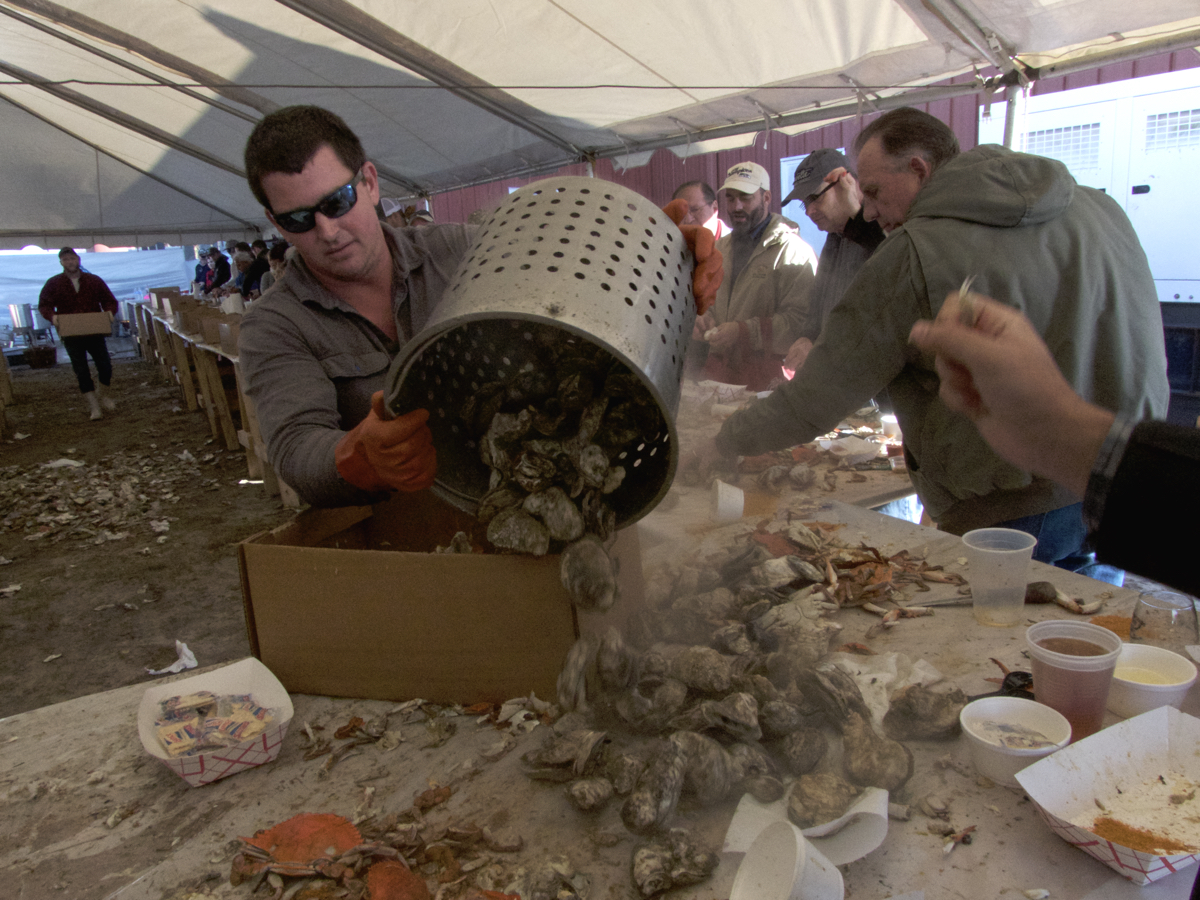 You have to say this for the folks at Sanctuary Vineyards and I Got Your Crabs…they sure know how to throw a party.

The Annual Big Curri-shuck celebration of oysters, crab, barbecue, wine, beer and all that’s best about the Outer Banks was the perfect way to end Thanksgiving and get ready for the Christmas holidays.

Held annually at Sanctuary Vineyards in Jarvisburg, the Saturday after Thanksgiving the Big Curri-shuck is a great party, but there’s more to it than that. Featuring Sanctuary Vineyard’s wines that use locally grown grape and the bounty of Outer Banks waters, the day draws attention to how important it is to support the farmers and fishermen who live in the area.

Sanctuary Vineyard Manager John Wright, when asked about the reason behind Big Curri-Shuck, once remarked, “It’s cliched but without farmers there’s no food or wine, and without support for the local commercial fishermen . . . there won’t be seafood either. “

Beyond the more serious purpose of drawing attention to local famers and fishermen, Saturday was a great day to be in Jarvisburg, Currituck County.

The day began windy and cool with a north wind that made it feel just a bit colder. But the sun was out, and as the wind died down, things really got rolling. 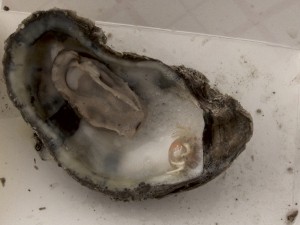 The process of getting food was simple. For steamed oysters and crab, stand at any of the long tables set up under the tents, and wait for one of the I Got Your Crabs bucket haulers to dump hot oysters or crab on the counter and start shucking and picking.

Since Hunter Stuart, owner of I Got Your Crabs, is a commercial fisherman the crabs were certainly local. And the oysters? Probably local, too. Lots and lots of miniature crabs in them—they’re officially known as pea crabs—and they only grow in oysters of the Southeast United States. They’re also completely edible—in fact, considered a delicacy in some circles.

The pork sandwiches were also excellent, the only complaint is that after downing two dozen oysters, that was a huge sandwich to eat. A special mention has to be included for the hush puppies which were outstanding.

The wine from Sanctuary Vineyards keeps getting better and better and some of the dryer whites really seemed to pair well with the oysters. Lots of local beer from Weeping Radish and Lost Colony Brewery as well.

The music from Croatan Highway and the Dave Cynar Band was perfect for the day—mostly country with a little bit of rock thrown in and really well played.

Even though there was beer and wine and lots of people, the Wright family who own the Cotton Gin where Sanctuary Vineyards is located, has always been all about family and the Big Curri-shuck was no exception. 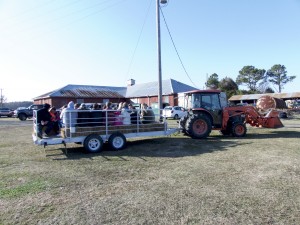 Hayrides for kids all day long.

Hayrides for the kids all day—with a number of parents joining in; there was a stack of mulch behind the tents that may have been there for practical purposes, but it made a great site for king of the mountain and generally having fun.

The Big Curri-Shuck is an annual happening and tickets are limited so put Saturday November 25, 2017 in the planner now to avoid missing a great Outer Banks event.