An Outer Banks Legal Smack Down 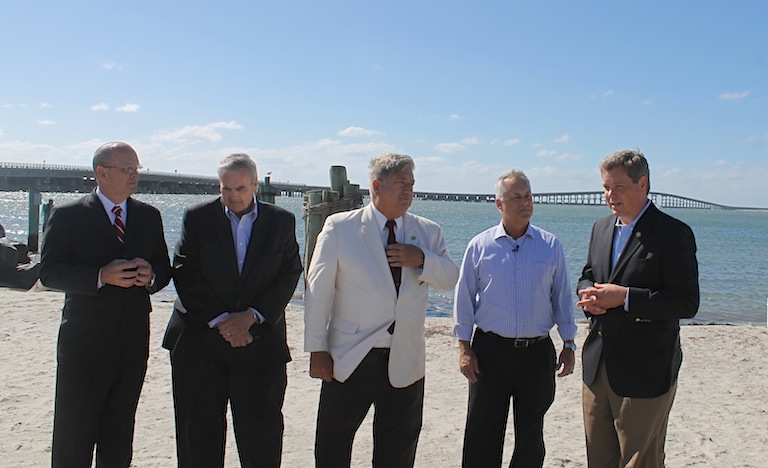 You don’t often get to use the phrase “good old fashioned smack down” in writing about a legal finding, but honestly, that’s about the only phrase that comes to mind after reading the summary judgment issued against the Southern Environmental Law Center (SELC) by Federal Judge Laura Flanagan.

According to the complaint, “Plaintiffs (SELC) primarily allege that defendants (NCDOT and FHWA) failed to follow proper procedure in researching, designing, and choosing a replacement for the Herbert C. Bonner Bridge. . . “

In her 42 page summary judgment, Judge Flanagan did more that just reject the SELC’s case, she systematically and methodically destroyed their arguments, pointing out time and time again that the process that NCDOT followed was thorough, complete and in both the letter and spirit of the law.

It was a huge hurdle to leap.

Unfortunately it is merely the beginning of lawsuit season. There is currently an administrative hearing coming up that contends CAMA failed to follow their own guidelines in issuing a major permit to NCDOT for the construction of the bridge. The plaintiffs in that case are also the SELC.

At yesterday’s press conference held on the beach on the south side of Oregon Inlet (ok, I had to slip that in because it was a beautiful setting), State Transportation Secretary Tony Tata and Chief Deputy Secretary of Operations, Jim Trogdon pointed out that with the lawsuit no longer hanging over the department’s head, they could join with CAMA in defending the decision at the hearing. Although they would not discuss the particulars of the hearing, both officials mentioned in individual comments that the state’s case was significantly strengthened by the judge’s ruling.

So . . . the lawsuit is settled, the administrative hearing will be resolved soon—hopefully in favor of the state, and that means construction can begin.

Well—not really. Because plaintiffs always retain the right to appeal, and it’s a sure bet they will.

Like a petulant spoiled child who cannot fathom that they will not get their way, the environmental groups that have signed on to these lawsuits will not stop until they have imposed their will–their vision–upon everyone, or they have no legal options remaining.

The only alternative these people will accept is a 17.5 mile bridge, paralleling Pea Island. That alternative was rejected by many of the same government organizations that often work with the SELC because, in the words of Judge Flanagan, “ . . . the Pamlico Sound Bridge Corridor alternative—a long bridge totaling 17.5 miles—was not a prudent alternative because of its cost.”

In short, the only solution to replacing an aging Bonner Bridge these people will accept is a bridge that cannot be built.

It is a frightening thought—the replacement for a bridge that is 10-20 years past its planned lifespan and is the only land link with Hatteras Island, is being held up by people who do not live here, have no vested interest in this area—in spite of their protestations to the contrary—and are either willfully ignoring facts or simply do not care about them.