An End to Sparring over the Bonner Bridge? 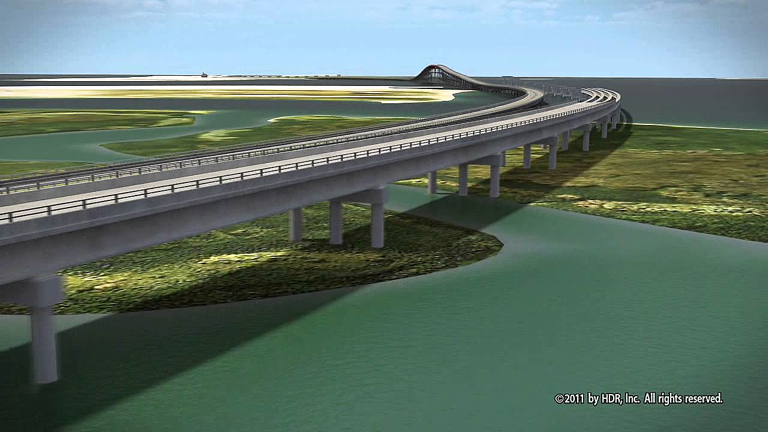 Like two heavyweight boxers who have fought too many matches, all of them to a draw, it looks as though NCDOT and the Southern Environmental Law Center (SELC) have no stomach for another round of legal fisticuffs. According to a just released joint announcement, the two adversaries are in negotiations to find a solution that would allow the replacement span for the Bonner Bridge to move forward.

Coming in the wake of the 4th U.S. Circuit Court of Appeals decision in August that was at best a Pyrrhic victory for both sides, there is a certain logic to why this is happening now.

The Court held that NCDOT had fulfilled the legal demands of the law in issuing their Environmental Impact Statement. However, the court also found for the SELC that the state had failed to properly administer a key requirement that pertained to whether or not a road had been planned when Pea Island National Wildlife Refuge was established in 1937.

Although the ruling stopped the process dead in its tracks, ultimately this ruling favors NCDOT because the most legally contentious and complex document associated with any road project is the Environmental Impact Statement.

It may be difficult; it may be time-consuming to do so, but at some point in time, NCDOT will find a way to satisfy the requirement to the Court’s satisfaction and construction on a new Bonner Bridge will begin. It must be apparent to the SELC and their clients Defenders of Wildlife and the National Wildlife Refuge Association that is the case.

However, the delays are increasing the cost of the project, repairs to the existing span are becoming more expensive and there are safety concerns about the aging span. There is, then, more reasons—and more compelling reasons—for NCDOT to want to move their plans forward than there are to revisit another bout of legal wrangling.

The first effects of the negotiations can already be seen. Construction of the $76 million replacement road and bridge at the temporary bridge on Pea Island has been halted. It remains to be seen what additional changes to the longterm plans for keeping NC12 open will be.

RALEIGH —The North Carolina Department of Transportation and the Southern Environmental Law Center, representing Defenders of Wildlife and the National Wildlife Refuge Association, are currently in active, confidential discussions regarding replacing the aging Herbert C. Bonner Bridge over the Oregon Inlet with a new parallel bridge while continuing to develop a long-term solution to the transportation challenges along the stretch of N.C. 12 south of the bridge to Rodanthe.

Following a complex ruling issued by the U.S. Fourth Circuit Court of Appeals, both sides determined that it was best to move forward with confidential discussions to resolve the bridge dispute. NCDOT and the Federal Highway Administration decided to temporarily suspend work on the permanent Pea Island Bridge construction until those talks and a detailed review of the recent court ruling are complete.

Last week, NCDOT also met with the N.C. 12 merger team, comprised of state and federal resource and regulatory agencies, to brief members on the status of the project and solicit feedback on a new concept that is under consideration.

“We remain committed to building a new parallel bridge over the Oregon Inlet to ensure the safety of Outer Banks residents and visitors,” said Transportation Secretary Tony Tata. “We have been in conversations with the SELC about the Bonner Bridge project for more than a year and believe these recent proactive discussions are a positive step toward a permanent solution.”

“We are continuing to work together with NCDOT to resolve this matter with a reliable, long-term solution that ensures the safety of the traveling public and avoids the problems that currently threaten NC 12,” said Derb Carter, Director of the North Carolina offices of the Southern Environmental Law Center.

Because of the confidential nature of these discussions, no additional statements will be released on this issue from NCDOT or conservation groups until conversations are complete and the issue is resolved.