After Dark at All Saints 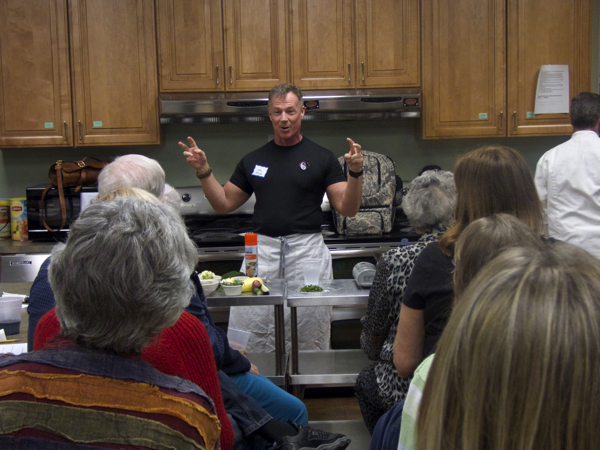 It’s Tuesday evening at All Saints Episcopal Church in Southern Shores and Chef Wes Stepp is in his element. At most times he’s the owner and executive chef of Red Sky Cafe in Duck, but this evening he’s a teacher and 20 students sit at the prep tables, a glass of wine in front of them, in rapt attention as he talks about healthy eating and gourmet foods.

Stepp’s Healthy Gourmet is just one of 70+ classes offered in February during the church’s After Dark at All Saints. Started seven years ago as a way to bring the church to the community and the community to the church, After Dark has grown into a month-long event offering classes in cooking, wine and beer tasting, art, healthy living and more.

When the annex was added to All Saints in 2007 the church membership knew they had a great facility but were unsure about how to use it, according to Co-Chairs, Tim McKeithan, and Tom O’Brien.

“We were wondered how we could utilize this facility for something other than just Sundays,” O’Brien said.

After a capital building campaign that cost almost $2 million, though, the church did not have the funds to undertake a major project; a preschool was considered but the costs were prohibitive, the McKeithan and O’Brien note.

They had heard about churches offering evening classes to their communities, although most of those programs were for extended periods of time—a couple of months in at least one case.
“We don’t have the people resources to do four or five months,” O’Brien said. “The first year we had two weeks and not so many classes.”

What they did have, though, was the support of the congregation and an important ally in the church. “We had a great reaction within the congregation,” McKeithan said. “In the community it was little bit of strangeness. But one of our parishioners is John Power of Blue Point and having John and Sam (McCann) buy into it was a great promotional for other businesses.” 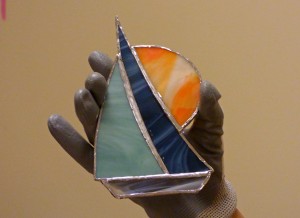 The concept took off, with 32 classes that first year to over 70 offerings this year.

The classes cover a full range of subjects. Cooking and art seem most popular. “The fun stuff fills up first,” O’Brien said.

To the Church, with the approval of After Dark Committee, because the program is seen as a way to reach out to the community, all funds remaining after expenses are covered are donated to the local nonprofits.

“From the outset all the net proceed we put back into the community,” O’Brien said. “We pay the bills, mostly printing costs and the rest goes to the community.”

“It’s amazing. In the last five years we’ve been able to give money to five different agencies. It’s great,” McKeithan said. “We consider this as part of our outreach program.”

All Saints, through the After Dark programs, has donated almost $61,000 since its 2010 beginning. Through last year five local organizations have received donations: Interfaith Community Outreach, Food For Thought, Community Care Clinic, Beach Food Pantry, and Room in the Inn.

To Chef Stepp, his evening healthy eating demo has its own reward. “It’s a great class,” he said. “It’s a community based program and I get a ton of feedback. It gives them (people) an avenue for something to do.”

Classes are just $20, and there are still some openings, although the cooking classes are filled. Classes are scheduled through March 4.