A (Very) Brief History of the Mid Currituck Bridge 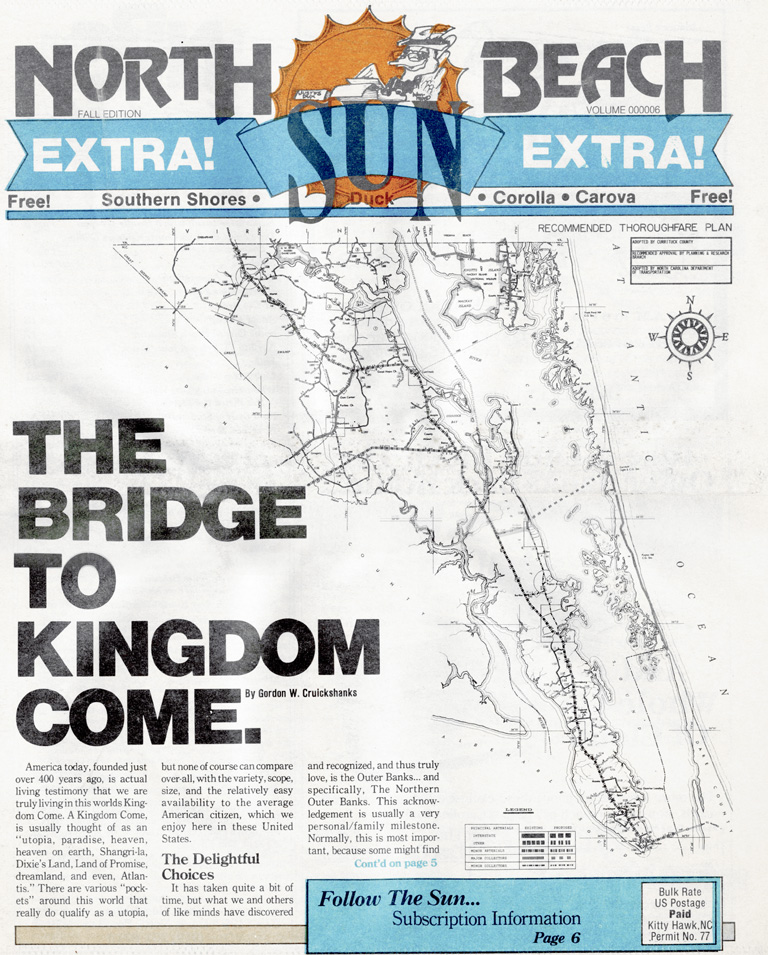 Our coverage of the Mid Currituck Bridge began with this article in 1988.

A Brief History of Our Reporting

Twenty-five years of North Beach Sun and 24 years of reporting on the Mid Currituck Bridge. The first article we wrote was in our summer 1988 edition (The Bridge to Kingdom Come by Gordon Cruickshanks). Remarkably the article cites a NCDOT study that called for a toll bridge with third party underwriting. Twenty-four years later, that is how the bridge will be built. We have consistently covered this story through all it’s twists and turns. We were there when the concept first became part of the Outer Banks story and we plan on being there when the concept becomes reality. 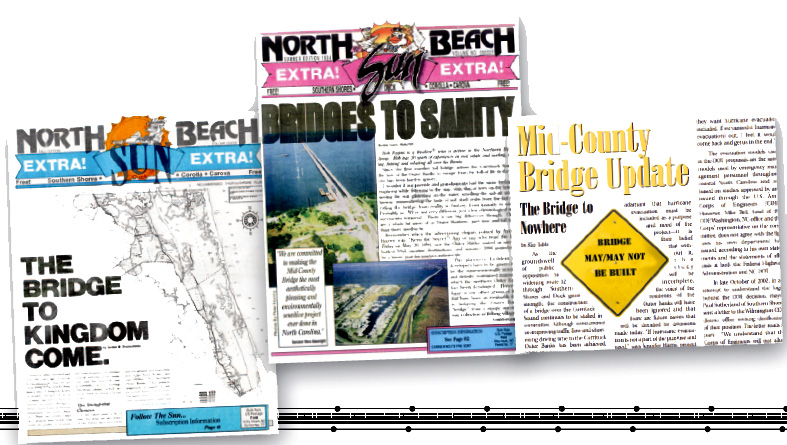 It’s beginning to look as though the Mid Currituck Bridge might actually get built. Nothing, of course, is cast in stone until the first shovel scoops some dirt, but the process is much farther along than it has ever been and as each step is successfully navigated, momentum builds toward construction.

The Final Environmental Impact Statement presented in January and a Record of Decision (ROD) issued in late May (after we go to press) are giant steps toward the projected completion date in 2017.

The ROD is a particularly important step. With the ROD in hand, NCDOT can start the process of accepting bids for the project. There is a six month comment period between the time the document is issued and acceptance of a bid.

If there is going to be a lawsuit filed, typically it will be toward the end of the ROD comment period.

Plans for a bridge spanning the Currituck Sound were first proposed in 1978 as part of a planning exercise for the UNC School of Government. Although endorsed by the Currituck Board of Commissioners, no part of the plan was ever implemented. However, as a historic benchmark, the concept of a Mid Currituck Bridge has been on the books for 34 years.

A Mid Currituck Bridge has been part of NCDOT’s  Transportation Improvement Plan (TIP) since 1990. The first Environmental Impact Statement was presented in 2003, but through a series of blunders it failed miserably.

When the NC Turnpike Authority came into existence in 2007, the local group, Build the Bridge-Preserve Our Roads (BBPOR) lobbied to include the project as a toll road. To offset the cost of construction and maintenance, BBPOR worked with project managers to create a public-private road project (PPP). A Spanish company, ACS Infrastructure, that specializes in PPPs has taken the lead in developing private funding.

Preliminary estimates put the cost of the bridge between $500 and $595 million. The bridge will be a toll road. 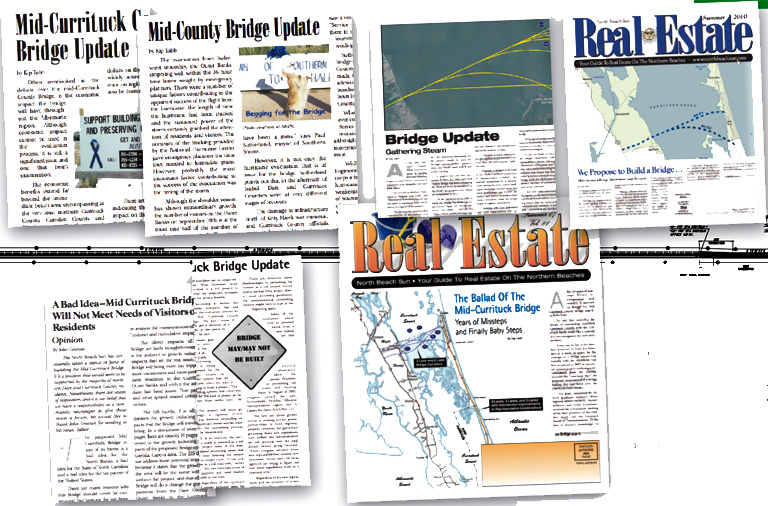 The final pieces of the puzzle seem to be falling into place. The Final Environmental Impact Statement for the Mid Currituck Bridge calls for a toll plaza at Aydlett. The bridge would then cross Maple Swamp, span the Currituck Sound and enter Corolla between Monterrey Plaza and the Whalehead Club. If NCDOT and theTurnpike Authority are able to stick to their timetable (which hasn’t happened yet), the bridge will be open for traffic in 2017.