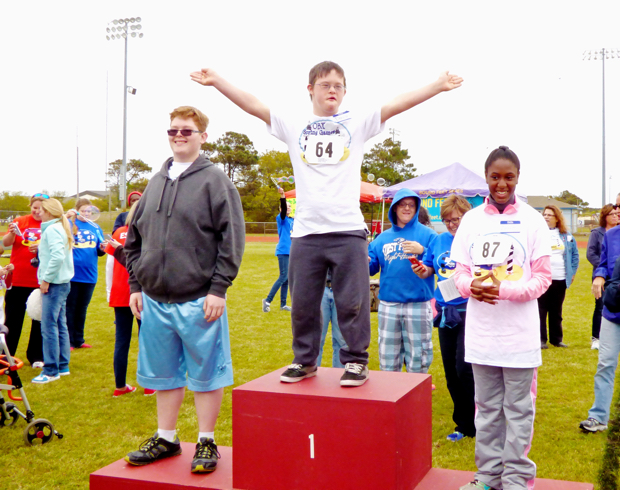 The Dare County Special Olympics were held on Saturday at the First Flight High School athletic field. Beneath the gray skies and falling temperatures, something remarkable happened.

In the striving of athletes to be their best, in the joy of competition and the exhilaration of standing upon the winner’s platform, the reminder of what it means to be human was transcendent.

There are images among the moments that seem defining, yet they are just moments in a larger story—a story of love and triumph. 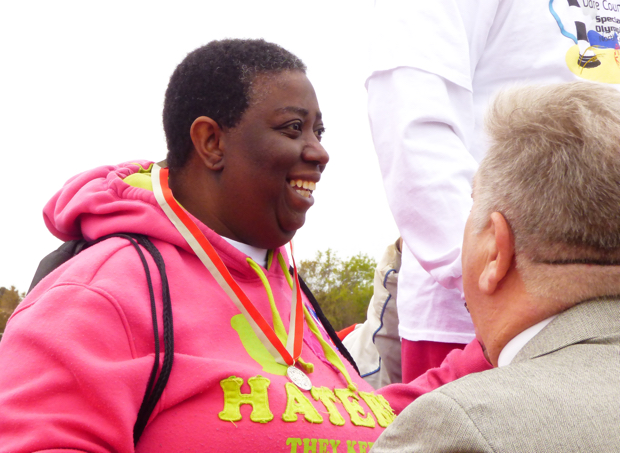 There was David Vincent, standing atop the winner’s platform, his arms raised in triumph and joy; there was the smile of Charline Mabine grinning from ear to ear as she stood before the crowd to receive her metal. 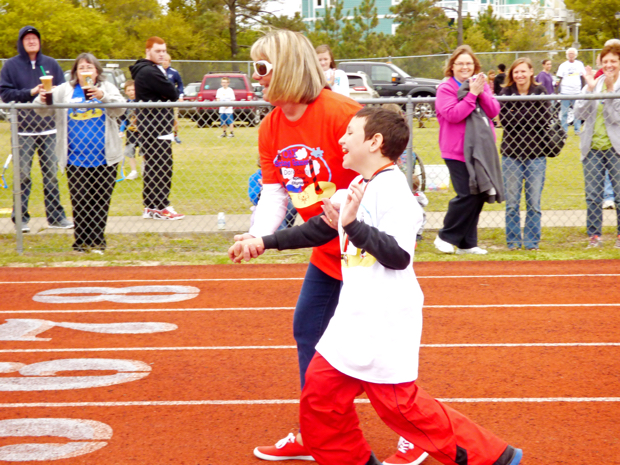 Damion Prouse, who must have a walker to go anywhere, cast his walker aside and ran the 25 meter dash . . . the effort apparent in every step he took, every time he stopped to gather himself, in the conversations the coach had with him urging him on. “I wanted to run fast,” he told me, an answer no different than any other athlete would have given.

The emotional impact of the games is intense—almost overwhelming at times. What becomes apparent very quickly is that this is more than an athletic competition; this is a competition to be a part of something bigger, a way to insure that what the athletes, families and spectators have witnessed has meaning and value and is a memory worth treasuring.

That is finally what Saturday became—memories indelibly etched into a story that is larger than any one event. There is magic in watching the participants run a 50 meter dash, or sprint down the runway for a broad jump, but the true competition is to be human—not super human or sub human, simply human. And that is what these competitors have truly accomplished, to remind us of how good it is to be a part of something bigger, and how special it is to be human.