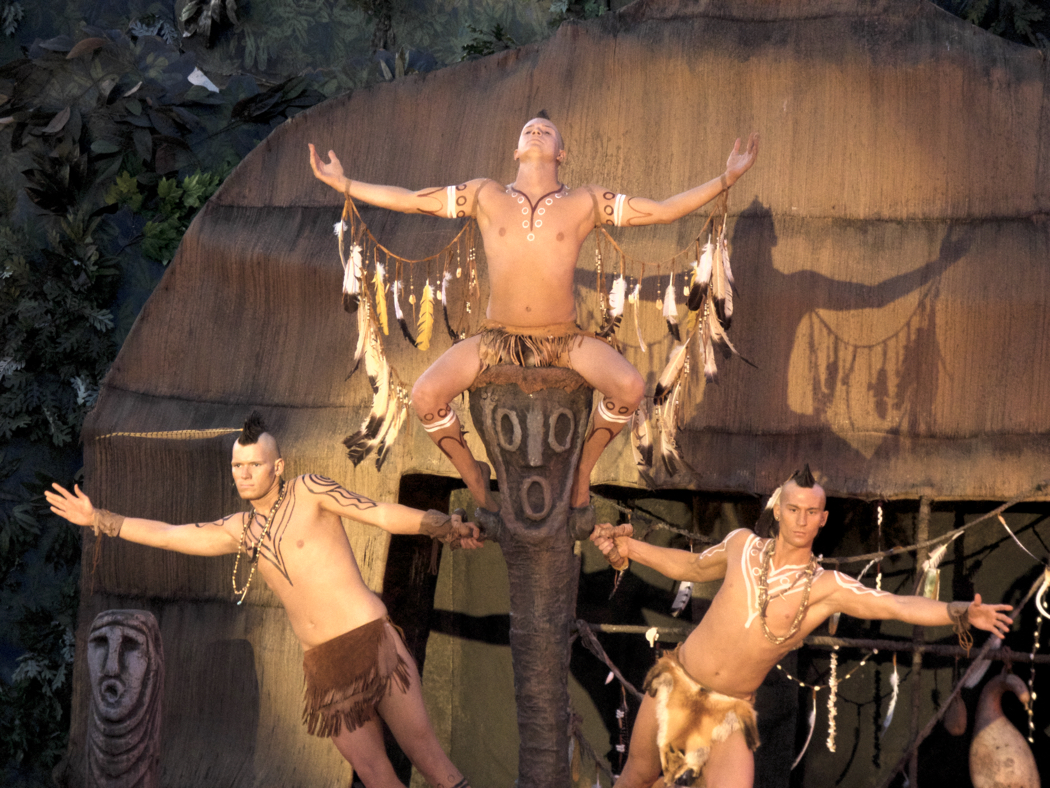 With Roanoke Sound as a backdrop the 79th season of The Lost Colony debuted on a perfect evening for outdoor theatre.

The longest running outdoor drama in the United States, the play delivers on multiple levels. There is a compelling love story, political intrigue, war and battles, dancing, singing and wonderful period costumes.

This year, before the play began the opening night reception included awards for two notable personalities and long-time supporters of The Lost Colony.

The Emma Neal Morrison Award is rarely given. Awarded to someone who has contributed to the arts in North Carolina, the award does not have to go to an alumni of The Lost Colony. However, in presenting the award to 1952 Chief Wanchese, Carl Kasell, a former cast member was recognized. Kasell was an 18 year old freshman at UNC Chapel Hill when he performed at the Lost Colony.

Carl Kasell as Chief Wanchese in 1952.

Kasell, who went on to become one of the most recognized voices on NPR and the host and scorekeeper for “Wait, Wait . . . Don’t Tell Me” retired in 2014.

Also recognized was former state Senator Marc Basnight who was given the Skipper Bell award as a distinguished alumni of the production.

The play is the thing, though, to catch the conscience of the audience, and the 2016 version has retained the original Paul Green content and story with pacing and stage effects that are geared toward a 21st century audience. 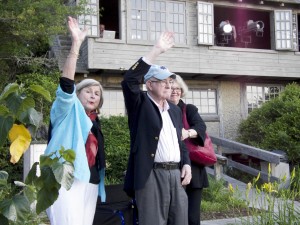 In an evening of excellent theatre, four performances really seemed to stand out—Ethan Lyvers as Sir Walter Raleigh and Shannon Uphold in the role of Eleanor Dare were particularly strong as were Old Tom played by Robert Hooghkirk and Bryan Staggers as John Borden.

Waterside Theatre, where the performances are held, is on National Park land and is a part of Fort Raleigh National National Historic Site. Celebrating the 75th year of being a partner with the NPS and the centennial of the Park Service, a new wrinkle was added this year, with an actor playing the part of a Park Ranger taking on the role of the narrator of the story.

There is still real power to the play. Written at the the depths of the Great Depression Paul Green knew there were fears that the American dream was dead, that the belief in the unlimited potential of the common man, had been shattered in the everyday struggle to survive. The script is filled with allusions to hopes and dreams, to overcoming fear and adversity in the quest for a better future.

Standing guard over the the 60 surviving colonists as they sleep, Old Tom’s soliloquy is a powerful monologue on personal redemption and the strength that comes in believing in ourselves.

Tom is the comedic relief in the play; a hopeless drunkard who plied the streets of London begging for handouts, stealing food and drink—mostly drink—whenever he could. Beaten by the tavern owners, unwashed and filthy, he travels to the New World where he finds purpose to his life.

Standing alone on the palisade of the fort, he muses on the changes that have occurred since his days in London, speaking with a sense of wonder that he is now a man with hopes, dreams and the knowledge that he will fulfill the responsibility of watching over the 60 sleeping lives that rely upon him.

The Lost Colony performances will run through August 20. A few things to keep in mind for theatre goers. It is an evening outdoor performance; 75 degrees at 7:00 p.m. may be 10 or 15 degrees cooler by 10 o’clock. Insect repellant is a good idea.