2016 Taste of the Beach-Most Excellent 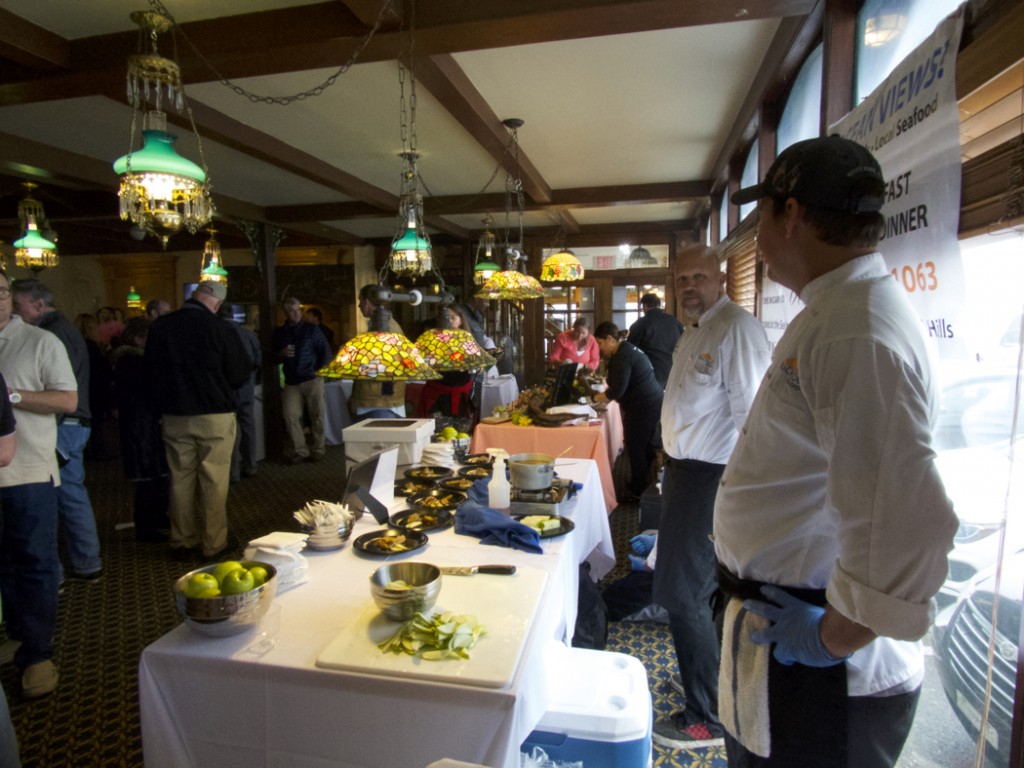 After covering the Taste of the Beach six or seven times, I have come to the conclusion that there is no good way to cover it.

The event is fun . . . a lot of fun to cover, but it is so massive, encompassing so many events over four days that trying to be everywhere over the course of four days is a study in futility.

Luckily any frustration that may have built up over the course of the event is always subsumed in the Chef’s Grand Tasting, held this year at Port O’ Call in Kill Devil Hills.

The Grand Tasting is the perfect way to cap the event. With some of the finest Outer Banks chefs on hand, the samples that are handed out are memorable. There were 16 restaurants at the event this year, providing 37 dishes, and everything I tried would have been satisfying sitting with a friend for an evening out.

I might personally prefer the Buttermilk Fried Duck Skewers from Saltbox Cafe—which placed third with the judges and second in People’s Choice—but it’s hard to find fault with the Shrimp Marsala on Polenta from Ocean Boulevard or Coastal Provision’s Sashimi and Wasabi Pearls that were one and two in the judge’s eyes.

The Champagne cocktails that were being poured this year were a wonderful addition—creative and fun, the concept really added to the atmosphere. Even though it doesn’t show up on a score sheet anywhere, the IPA and Scotch Ale that Lost Colony Brewery was pouring were tasty, well balanced examples of the craft.

Taste of the Beach has grown from its early days. From the beginning it was about introducing visitors to the Outer Banks, and it certainly has continued to be that.

Overheard at Dan Lewis’ 10 Course Oyster Omakase Wine Dinner at Coastal Provisions in Southern Shores, which was an stunning pairing of different oysters and seafood with a remarkable selection of wines.

“Where are you from?” I asked a couple at one of the tables.

“Richmond,” was the answer. Almost simultaneously the couple across from them said, “Kentucky.”

“We told them they had to come to this,” the Richmond couple said. “We come every year.”

That scenario seems to be playing out more often. The event has always been a special time for locals, but at the heart of it, there is a drive to introduce the Outer Banks to visitors in ways they may not have encountered the area before. 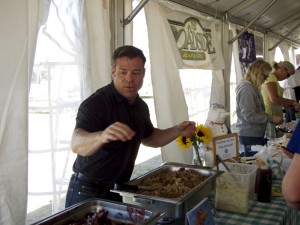 The weather this year created a tale of two festivals. With temperature in the upper 60s and a breeze off the sound on Friday, the Outer Banks Visitors Bureau BBQ & Wing Showdown sponsored by Joe Lamb, Jr. had as good a day as there could be.

One day later the Outer Banks Annual Chowder Cookoff decided to call it a day a half hour early as clouds, wind and rain rolled in from the northeast. Even with the threatening weather, there were still almost as many tickets sold to the Chowder Cookoff this year compared to 2015.

One of the problems in writing an article like this it is that there was so much good food to presented that calling out one dish or preparation over something else seems unfair. Yes, there were personal favorites, but that’s subjective so it’s easier to simply say they were all good. 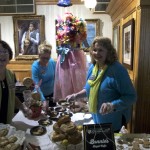 Winning Bartender in the first ever Bartenders Bubbly Bash – Lucky 12 with their “Beautiful” cocktail. 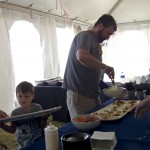 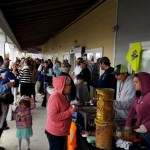