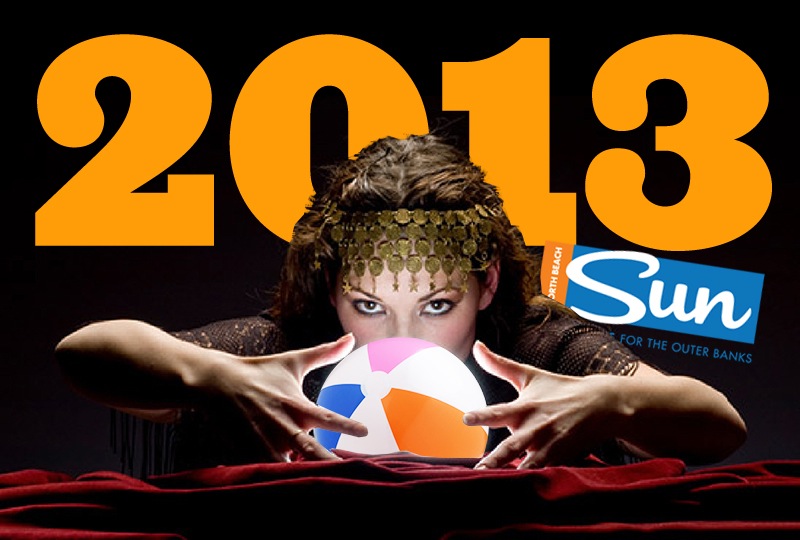 Predictions are a dangerous business, invariably proving us wrong in our judgments and frequently demonstrating for one and all that our intelligence is a transient thing limited only to the lifetime of our predictions, which, of course, we discover are invariably proven wrong.

There are consistent signs that both the real estate market and new home construction have turned the corner and are once again becoming growing segments of the Outer Banks economy.

It will take a number of years for either segment to return to the levels of activity seen in 2006-2007—the last year before the bubble burst. A number of professionals, however, in both construction and real estate, question whether the market of the first years of the 21st century was healthy. Profitable? Yes. Healthy or sustainable. Probably not.

Early indications are that the growth we are seeing now is more in keeping with sustained growth in the market. 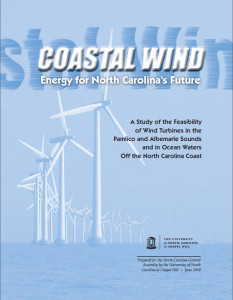 The Obama administration is developing a plan that will create leases for off-shore wind energy development along the North Carolina coast. Estimates of the amount of energy that can be produced in the areas that will be leased range up to two thirds of the state’s energy needs. However, that is at peak capacity and because wind is a variable energy source (the amount of electricity generated varies with the speed of the wind), it is doubtful if that level of power can be consistently generated. Nonetheless, there is tremendous potential for alternative energy in the waters off the Outer Banks.

Most of the hard lifting for the environmental studies has already been done in the 2009 feasibility study, Coastal Wind, Energy for North Carolina’s Future, issued through the University of North Carolina.

The big part of this story, though, may be transmitting the power, not producing it. As the Coastal Wind study points out, the Outer Banks which has some of the most significant wind energy potential on the East Coast, has no capacity to carry that energy to the grid.

It is expensive, it is somewhat controversial, and it does not work in all areas. There can be little doubt, though, that Nags Head, which completed a nourishment project last year, suffered significantly less damage from Sandy than any other major storm before nourishment.

First there was Irene, then Sandy—within the course of a year, both storms severed the land link to Hatteras Island, cutting through NC12 on Pea Island.

But the Pea Island road is only part of the story. The emergency ferry to the Island when the road is impassable is inoperable when the winds blow the waters of Pamlico Sound away and increasing shoaling at Hatteras Inlet is making even the normally reliable Hatteras/Ocracoke Ferry a question mark.

OK—we’re crossing our fingers for a feel good story here. Anticipated completion of the repairs to Bodie Island Lighthouse will be sometime this year. When finished, visitors will be able to climb to the top. 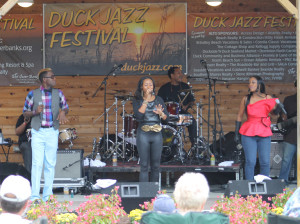 We have to give our Art Director, Dave Rollins, credit for naming this. We were talking about the growth of the shoulder season, especially the fall, and Dave said, “It’s more of an event season than anything else.”

He’s absolutely right. September and October have become their own mini segments of the economy with events scheduled every weekend. What we are seeing are larger and larger crowds coming to the Duck Jazz Festival or the Mustang Music Festival. There was also the first annual Outer Banks Bluegrass Festival—great music, excellent turnout and the anticipation that things will continue to grow.

We are already nipping at the edge of some of the biggest national acts, and as the Event Season continues to grow, we anticipate bigger name acts coming to the Outer Banks in the fall.

There are other stories we will continue to follow as well.

The wedding industry keeps growing on the Outer Banks and with natural settings as beautiful as any in the world and a growing pool of professionals, it will continue to thrive.

On a more serious note, severe shoaling at Oregon Inlet and the inability to find funding to dredge the channel is creating a lot of problems for commercial and charter fishing.

These are just some of the stories we’ll be covering and there are sure to be others coming to the fore. Let us know your thoughts on what the biggest Outer Banks stories will be in 2013.