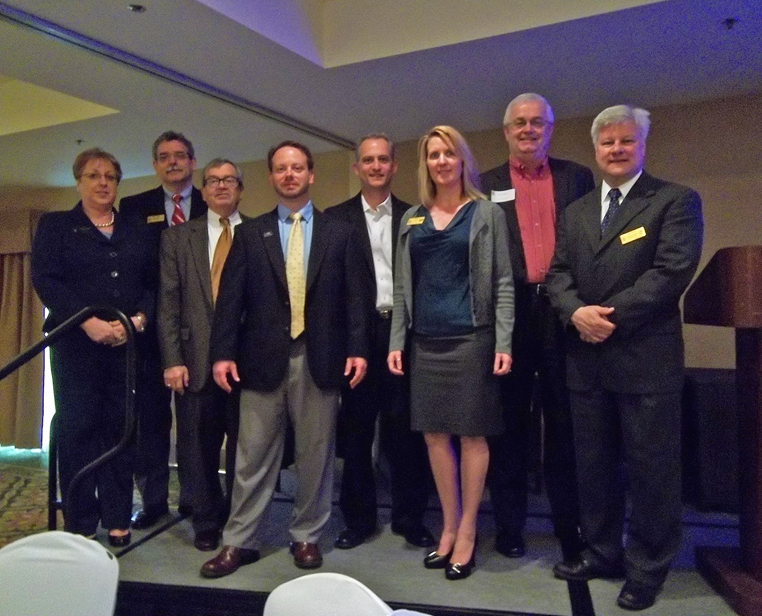 Revamped from previous years and offering a broader spectrum of information than in the past, the 2013 Outer Banks Chamber of Commerce Economic Forecast breakfast was the most successful in years, according to audience members.

Held at the Hilton Garden Inn in Kitty Hawk, the forum brought four North Carolina experts in economic development to the podium—Vann Rogerson, President and CEO of the NC Northeast Commission; Scott Daugherty NC Small Business Commissioner and Vice Chancellor of Economic Development at NCSU; Wit Tuttell, Director of Tourism Marketing for the NC Division of Tourism; and Dave Whitmer, Director of Business and Career Services for the Northeastern Workforce Development Board.

The consensus was that the overall economic forecast for the region is positive, with tourism in particular forecast to continue to grow. It is a very competitive marketplace, however, and according to Wit Tuttell, marketing North Carolina as a destination requires a multi-pronged approach using a range of media options.

Working with county tourism boards, the state has created a way for every county to get its message out with images of the county and links to tourism based businesses. As a way to expand the potential audience, the state is increasingly marketing North Carolina as a place to visit in foreign countries. “The international tourist stays longer and spends more,” Tuttell said.

Although tourism is poised to continue its growth, there are issues that will have to be addressed.

Dave Whitmer pointed to demographic information that indicated an aging workforce in Dare County could create problems in the near future. Noting that some of the best paying and most skilled jobs have a disproportionately older workforce, as those employees retire, there could be skills gap as those employees are replaced. “They (the older workers) have acquired the most institutional knowledge,” he said. “They know how to get things done.”

One of the more interesting pieces of information that Whitmer passed along was a statewide survey indicating that the two areas that employers felt were weakest for employees were customer service/sales skills and communication/interpersonal skills—areas specific to the Outer Banks tourism industry.

The tourist industry was a significant part of the discussion, but other issues were raised as well—some of them surprisingly positive.

There is a small but steadily growing year round workforce on the Outer Banks. In discussing the aging of the Outer Banks, Whitmer showed that an older population requires more care—and the number of health care workers in Dare County is the fastest growing segment of the population.

Additionally Gunboat International—an upper end sailboat manufacturer—recently relocated most of their building capacity to Wanchese, bringing a projected 100 plus direct and over 300 ancillary jobs to the area. According to owner, Peter Johnstone in a short video presentation at the end of the meeting, the skill and work ethic of the boat builders he found here was as good as if not better than any other place he had been.

This area has become a powerful economic engine—the fourth largest tourist economy in the state—in a relatively poor and rural region. Much of the discussion focused on the Outer Banks as part of northeastern North Carolina and the picture that emerged was of a complex and growing economy during a difficult time.