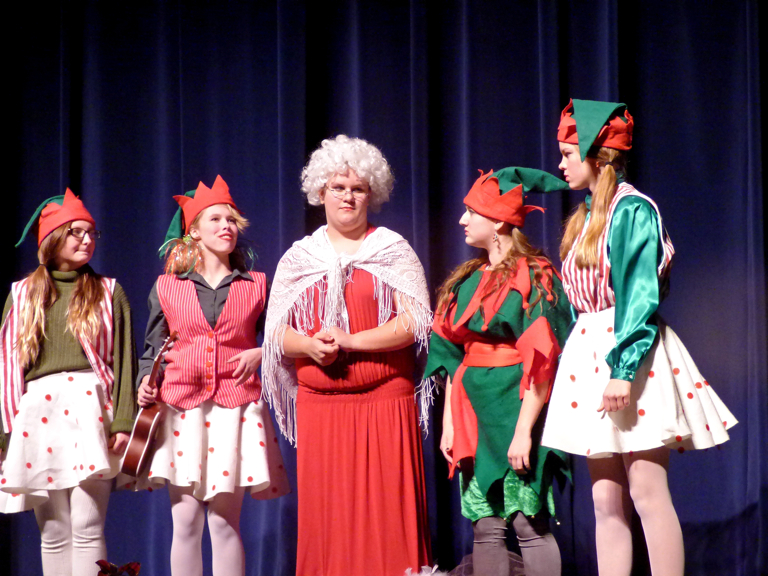 One of the things that make the Outer Banks holiday season so much fun are the little things that create a special feel.

Yesterday afternoon, the First Flight High School Drama Club put on a wonderful little play, 200 Years Late,  for an after school crowd of maybe 100 elementary school children. Written by students JJ Tyson and Jessie Runnells, the play was funny, had a very positive message and the acting was excellent.

Big kudos especially to Rachel Zuhars who played Mrs. Claus–the central character in the play, who, as it turns out, had forgotten Santa’s birthday . . . for the past 200 years. Admittedly the big guy’s birthday falls on Christmas and he’s so busy even he doesn’t remember it; but even so Mrs. Claus and the elves are feeling guilty. 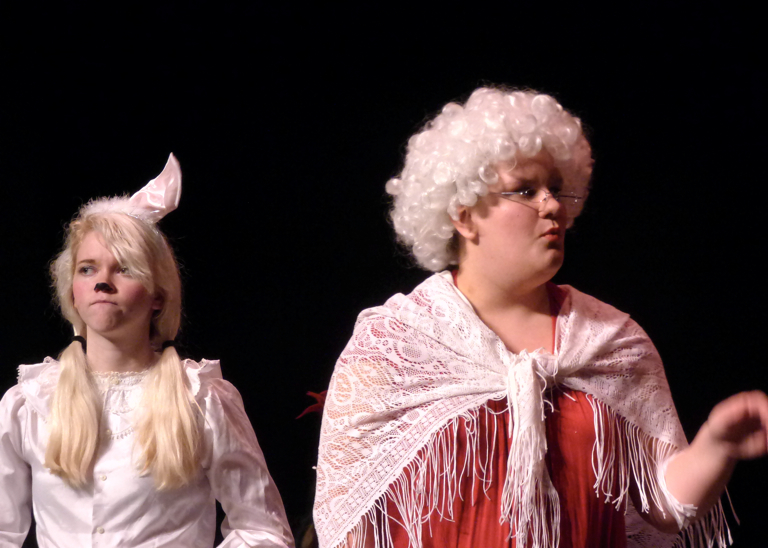 To make up for 200 years of no birthdays, Mrs. Claus and and the elves decide to throw Santa a surprise party, and set out to invite everyone from every major and minor holiday. There’s the Easter Bunny, St. Patrick, George Washington, Father’s Day and Secretary’s Day . . . . they even included Administrative Assistant’s Day.

How to get the word out? Mrs. Claus tries a telegraph in a wonderful little scene that had the young elves guessing that it was a form of texting, email or some form of social media.

The only choice left is to gather everyone together and take Santa’s 1964 mechanized sleigh–a Santa reject that uses obnoxious Christmas songs for fuel. Off they go singing “I Saw Mommy Kissing Santa Claus” . . . a song Mrs. Claus finds particularly irritating.

They get everyone together, including a very pregnant secretary named Mary and her husband, Joe–both of whom are very confused by the whole thing. To fuel their return, every one sings “Grandma Got Run Over by a Reindeer”.

Santa walks in, everyone greets him with “Happy Birthday,” Mary gives birth to her son in the reindeer stables and the cast sings “We Wish You a Merry Christmas” to end the show.

The show was clearly designed for kids, with just enough audience participation to keep the kids engaged without getting them too excited. There were also some little touches that kept the adults in the audience on their toes. A great way to spend an afternoon–too bad there was only one performance.